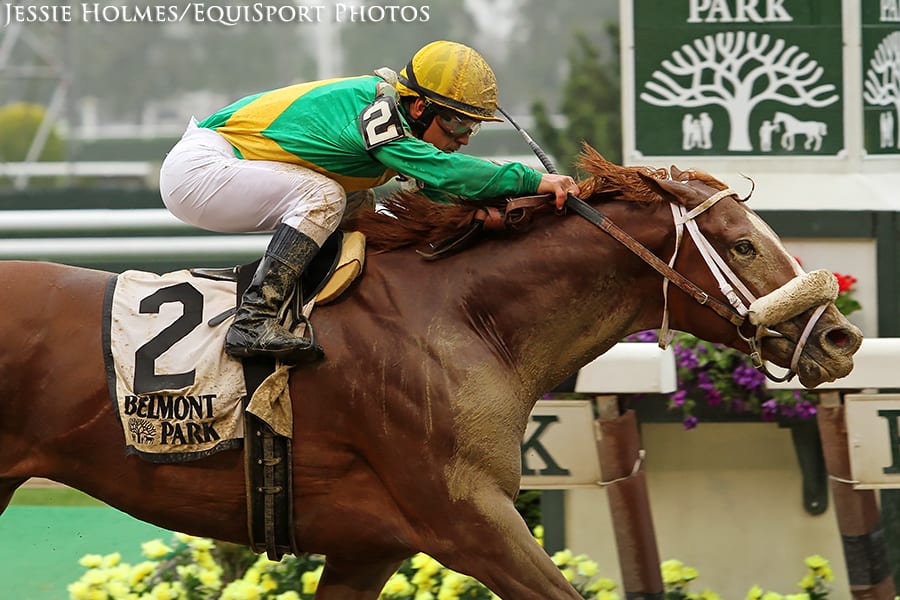 Trainer Todd Pletcher said his Belmont contenders, Carpe Diem, Madefromlucky, and Materiality, walked the shedrow Sunday morning. This is typical for Pletcher horses who breezed two days prior. The day after the work, they all jogged on the track.

Pletcher indicated that he will announce his finalized rider assignments on Tuesday.

The Belmont Stakes has been one of the most rewarding experiences for Pletcher, who earned his first Classic victory with the filly Rags to Riches in the 2007 edition. In 2013, he was back in the winner's circle following the third leg of the Triple Crown with Palace Malice.

But the Belmont has also resulted in frustration for Pletcher, who has saddled the runner-up on four occasions — Bluegrass Cat (2006), Dunkirk (2009), Stay Thirsty (2011), and Commissioner (2014). And some of those losses were heart-breakers.

“Commissioner's beat last year was as tough of a beat you will take in any race, much less a Classic,” Pletcher said. “To essentially lead every step of the way, except for the last one, that was a tough beat.

“Stay Thirsty's beat was actually pretty tough, too,” he continued. “And Dunkirk, he ran very well, and led most of the way. Our results overall have been very good [in the Belmont], but we're kind of a length away from having won four or five of these.”

Pletcher's representation will be substantial on Friday and Saturday. As of Sunday morning, Pletcher had 19 horses, including his three Belmont probables, slated for stakes action during the Belmont Stakes Racing Festival presented by DraftKings.