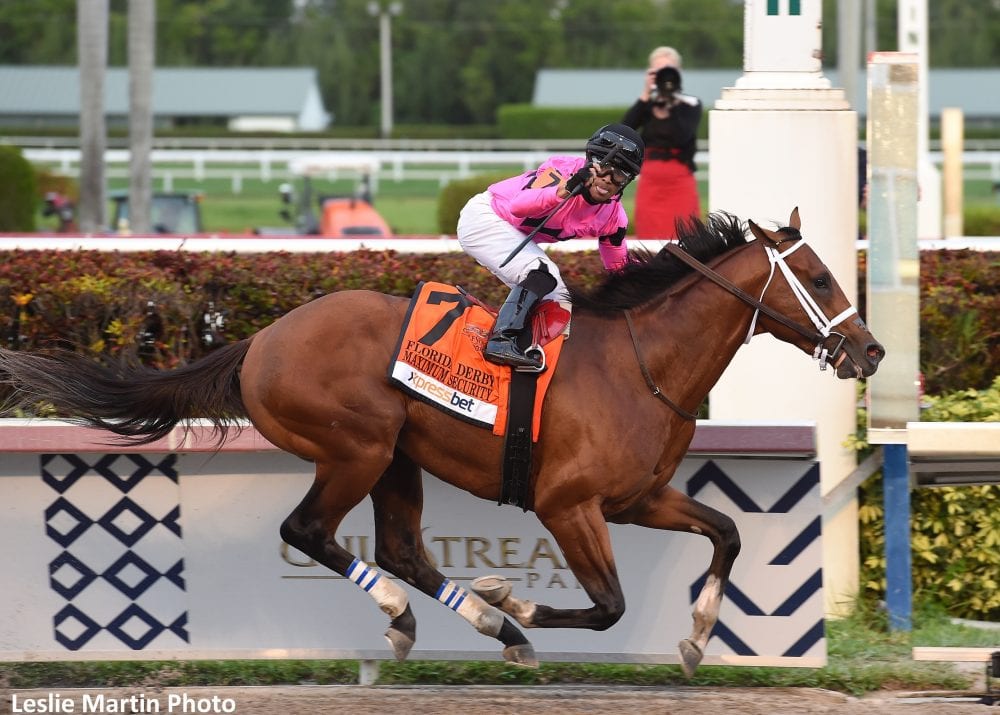 Florida Derby winner Maximum Security breezed toward the Kentucky Derby on Sunday, steadily cruising through a mile at trainer Jason Servis' Palm Meadows base in Southern Florida. The colt was given an official time of :42.00 for three furlongs.

“It was a spectacular morning here, 59 degrees and crystal clear,” Servis told drf.com. “He went a good mile in 1:57 and out a mile and an eighth in 2:10. We're just maintaining right now. My rider let him go a little faster rather than slower early and could have come home a little better, but in the end he still went in 1:57, which is what I wanted. He'll do this again next Monday and we'll back it down a little early and come home faster the last part. That will give him three open miles since his last start on the 30th. If he gets beat in the Derby, it won't be because he's not fit enough.”

Owned and bred by Gary and Mary West, the 3-year-old son of New Year's Day is scheduled to fly to Churchill Downs on April 30.

Maximum Security worked 3 Furlongs in :42.00 at Palm Meadows on April 21st, 2019, for trainer Jason Servis. Maximum Security is expected to make his next start in the #KentuckyDerby. @GulfstreamPark pic.twitter.com/4dXpwo1hjI

Read more at drf.com (behind paywall).