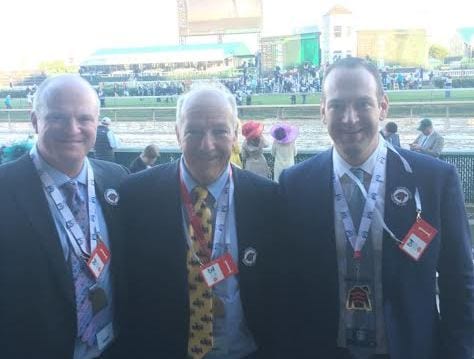 L and N Racing LLC traveled the road to the Kentucky Derby for the first time last year with Lookin At Lee. The Tulsa-based ownership group has another intriguing prospect this year in unbeaten Retirement Fund, who is scheduled to make his stakes debut in the $500,000 Southwest (G3) Monday at Oaklawn.

A son of Eskendereya, Retirement Fund has won his two career starts – both in front-running fashion at Fair Grounds – by a combined 9 ¼ lengths for Hall of Fame trainer Steve Asmussen, who has led the Oaklawn standings eight times since 2007.

Retirement Fund broke his maiden by 7 ¼ lengths Dec. 22 before clearing his first allowance condition Jan. 20. Both races were 1 mile and 70 yards.

The Asmussen-trained Lookin At Lee made his 3-year-old debut in the Southwest and finished third before running second in the Kentucky Derby and fourth in the Preakness. But, Lookin At Lee was also accomplished at two, winning the $75,000 Ellis Park Juvenile Stakes and finishing fourth in the $2 million Breeders' Cup Juvenile (G1).

“I think the horses are just different,” L and N racing manager Michael Levinson said Friday afternoon. “I think it's different just in the fact that Lookin At Lee raced early as a 2-year-old. We kind of knew what to expect last year with him. But this year, obviously, there's still a lot of question marks with Retirement Fund. He won his first two races wire-to-wire, but now he's going to get thrown in there with a lot better horses, a lot better competition. We're just interested in seeing how he runs. I guess we'll have a better idea Monday at 5:15 than we do right now.”

Regular rider Shaun Bridgmohan is named on Retirement Fund, who is scheduled to break from post 7 and carry 115 pounds.

Asmussen is bidding for his third Southwest victory after capturing the race in 2002 with Private Emblem and 2014 with Tapiture. He has also entered Smarty Jones runner-up Combatant, Zing Zang and Principe Guilherme, who is excepted to scratch after starting in Saturdays' Risen Star Stakes (G2).