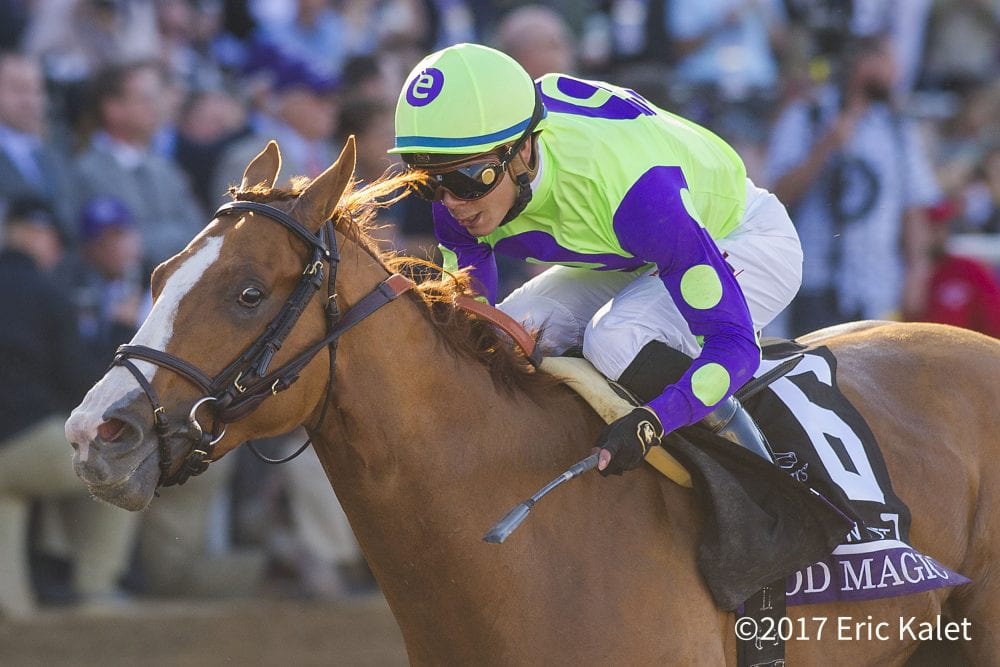 eFive Racing Thoroughbreds and Stonestreet Stables' champion Good Magic and Calumet Farm's recent Risen Star Presented by Lamarque Ford (G2) winner Bravazo are among 17 of the 20 leading point earners on the Road to the Kentucky Derby (G1) who are nominated to the 94th running of the $1 million Toyota Blue Grass (G2) on April 7, opening Saturday of Keeneland's 2018 Spring Meet.

One of the nation's richest prep races for the Kentucky Derby Presented by Woodford Reserve (G1) on May 5 at Churchill Downs, the 1 1/8-mile Toyota Blue Grass awards the winner 100 points on the Road to the Kentucky Derby. The second-, third- and fourth-place finishers receive 40 points, 20 points and 10 points, respectively.

NBC Sports Network will provide live coverage of the Toyota Blue Grass, along with the Wood Memorial (G2) from Aqueduct and Santa Anita Derby (G1), from 5:30-7:30 p.m.

“Keeneland is excited by the number of talented 3-year-olds who are nominated to the Toyota Blue Grass and represent leading trainers across North America,” Keeneland Vice President of Racing and Sales Bob Elliston said. “The Toyota Blue Grass is the centerpiece of opening Saturday of the Spring Meet, the biggest racing day of the year at Keeneland.”

With 24 points, Good Magic is second on the Road to the Kentucky Derby leaderboard behind Bravazo, who has earned 54 points. During Keeneland's 2017 Fall Meet, Bravazo finished second in the Claiborne Breeders' Futurity (G1) to another Toyota Blue Grass nominee, Albaugh Family Stables' Free Drop Billy.