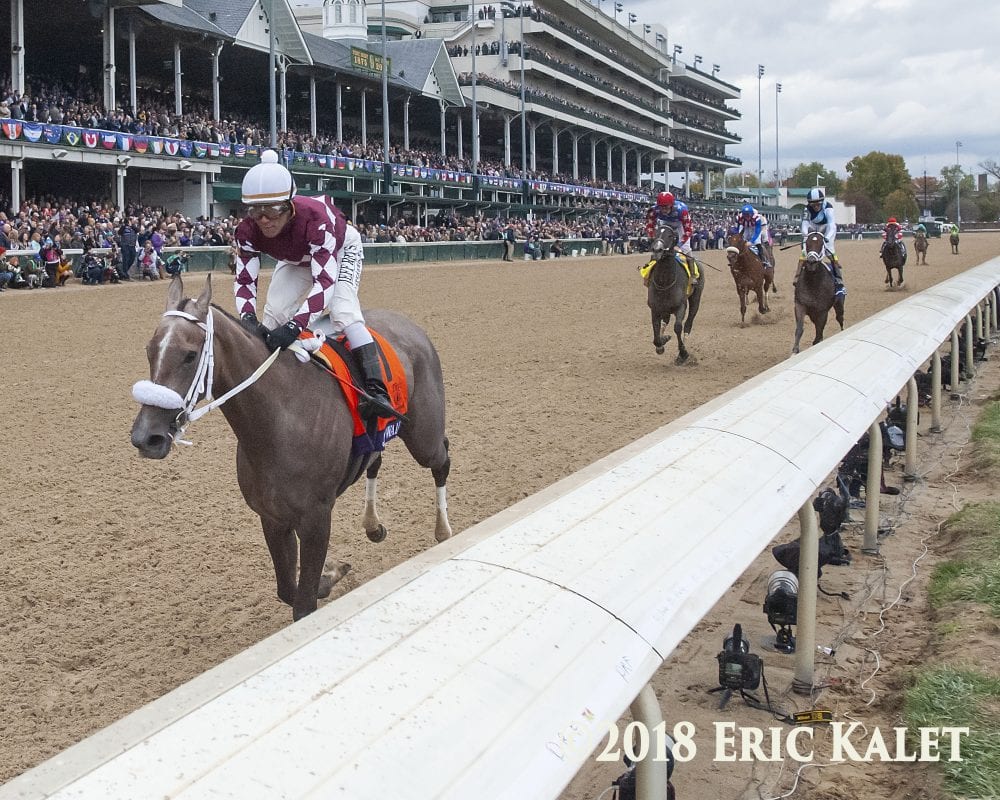 Eclipse Award champion Jaywalk is working toward a 3-year-old debut in the G2 Davona Dale at Gulfstream Park on March 2, according to Horse Racing Nation. D.J. Stable and Chuck Zacney's Breeders' Cup-winning daughter of Cross Traffic is expected to move from that seven-furlong start to the G1 Ashland Stakes at Keeneland, following the same path to the Kentucky Oaks as Zacney's 2016 winner Cathryn Sophia.

“We still have plenty of time getting to the March 2 race,” Zacney said. “(Trainer) John (Servis)'s thrilled. She put on a little weight, and we're looking forward to a really terrific 3-year-old campaign.”

Jaywalk broke her maiden in her second start, at Parx, then won the listed White Clay Creek Stakes at Delaware Park. The filly captured the G1 Frizette Stakes at Belmont Park before leading the Breeders' Cup Juvenile Fillies field from gate to wire, besting that field by 5 1/2 lengths.