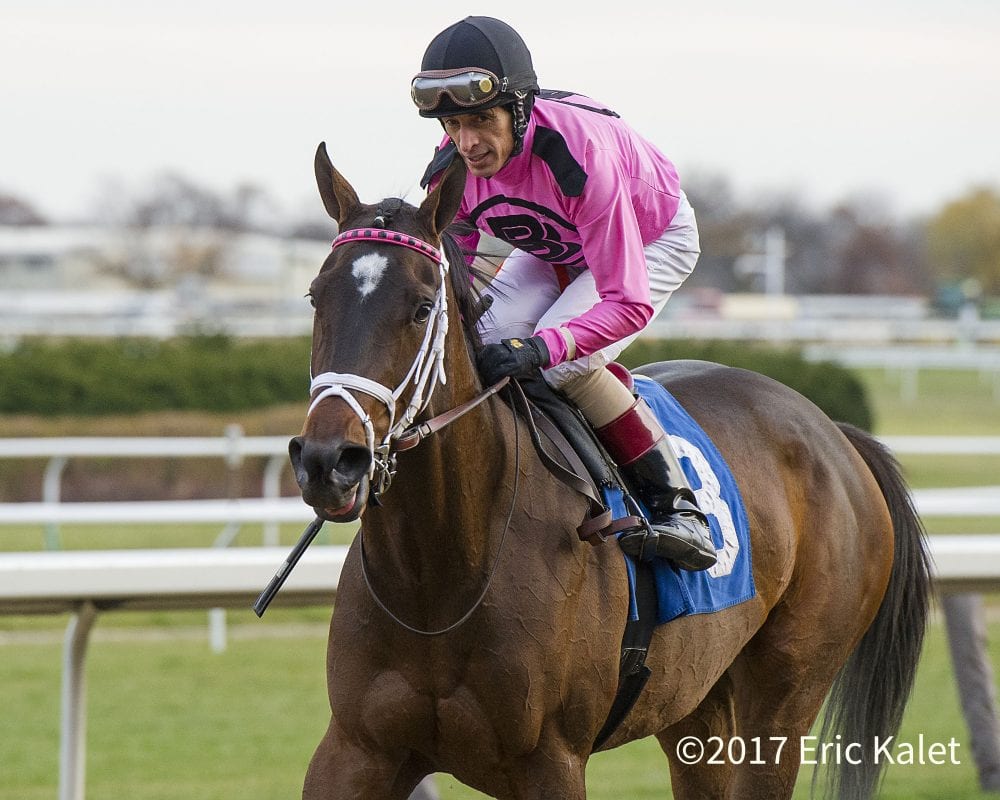 Wonder Gadot after the Demoiselle

The Mark Casse-trained pair of 3-year-old fillies, Wonder Gadot and Heavenly Love, breezed in company with one another over the Fair Grounds Race Course & Slots main track on Saturday morning in preparation for their starts on Saturday, Jan. 13. Both fillies went a half-mile in :49.40.

Owned by Debby Oxley, Heavenly Love is slated to run in the $125,000 Silverbulletday Stakes, the first of three local preps on Churchill Downs' Road To The Kentucky Oaks that awards the top 4 finishers based off of a 10-4-2-1 scale. Wonder Gadot is cross-entered in the same event as well as the Grade III $200,000 LeComte against colts. Casse's assistant trainer David Carroll stated on Saturday morning that the decision concerning which race the Ontario-bred daughter of Medaglia d'Oro will run will be made closer to the time of the race.

“I think (Owner) Mr. (Gary) Barber and Mark will make the decision closer to race time,” Carroll said. “The main thing was to get a work over the track which she handled beautifully and she cooled out great. She and Heavenly Love both went beautifully. That decision will be made on game day so to speak. I think he'll just be looking at the race and probably see who scratches and then take it from there. The main thing is that she shipped in very well and breezed beautifully. Whatever race she goes in, we look forward to it.”

Heavenly Love, a daughter of Malibu Moon, will be making her first start since an 11th place finish in the Gr. I Breeders' Cup Juvenile Fillies at Del Mar on Nov. 4 and will be in search of her first win since a superb effort in Keeneland's Gr. I Darley Alcibiades, which she won by 5 ½ lengths.

Wonder Gadot ran sixth in the Juvenile Fillies and made her last start in the Gr. II Demoiselle at Aqueduct on Dec. 2, which she won by 3¾ lengths. Hall of Fame jockey John Velazquez is named the rider aboard Wonder Gadot in both races. Heavenly Love will be ridden by Julien Leparoux.

The LeComte is the first of three local preps on Churchill Downs' Road To The Kentucky Derby and awards the Top 4 finishers on a 10-4-2-1 scale.