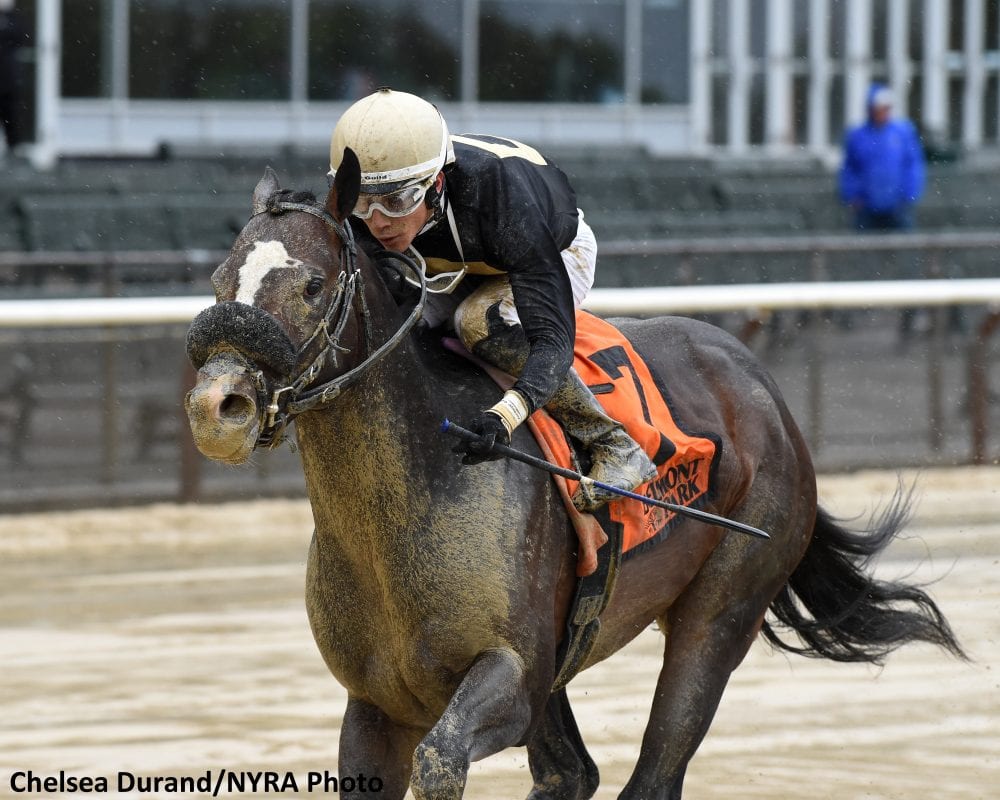 Trained by Jeremiah Englehart, Wendell Fong arrived at the six-furlong sprint for 3-year-olds with two wins from three starts including a last-out score in an optional-claiming sprint on March 15 at Laurel Park.

With Jorge Vargas, Jr. up, Wendell Fong settled in third position as Call Paul set blistering fractions under Irad Ortiz, Jr. marking the quarter-mile in 21.81 seconds and the half-mile in 44.69 under pressure from the 1-2 mutuel favorite Much Better.

Call Paul put away Much Better through the turn, but the advancing Wendell Fong angled outside for the stretch run and persevered the length of the lane to overcome a resilient Call Paul by 2 ½-lengths in a swift 1:10.06.

It was the first stakes score at Belmont for Vargas, Jr. who said he appreciated the big effort from the improving Wendell Fong.

“It was a long trip, but it was worth it in the end,” said Vargas, Jr, who traveled to Belmont from Maryland to retain the mount. “This little horse is so smart. He's still playful and a little immature, but he's so smart and does whatever you want him to do. I'm just really grateful. He has showed ability and I think he's going to keep going forward.”

Releasethethunder rallied late to complete the trifecta behind Call Paul, with Much Better and Sombeyay rounding out the order of finish. Mount Travers and Kosciuszko were scratched

Ortiz, Jr. said he was pleased with the game and determined effort from Call Paul who won the Grade 2 Saratoga Special as a 2-year-old and added the Grade 3 Swale to his credentials in February at Gulfstream Park.

“He broke a little more sharply than I thought he would. He was a little keen, so we went from there. He tried so hard but was just a little short today,” said Ortiz, Jr.

Wendell Fong, a dark bay son of Flat Out bred in Kentucky by Nicholas M. Lotz, was purchased for $160,000 at the Keeneland September Yearling Sale.

Live racing resumes on Thursday at Belmont with a nine-race twilight card. First post is 3:05 p.m.