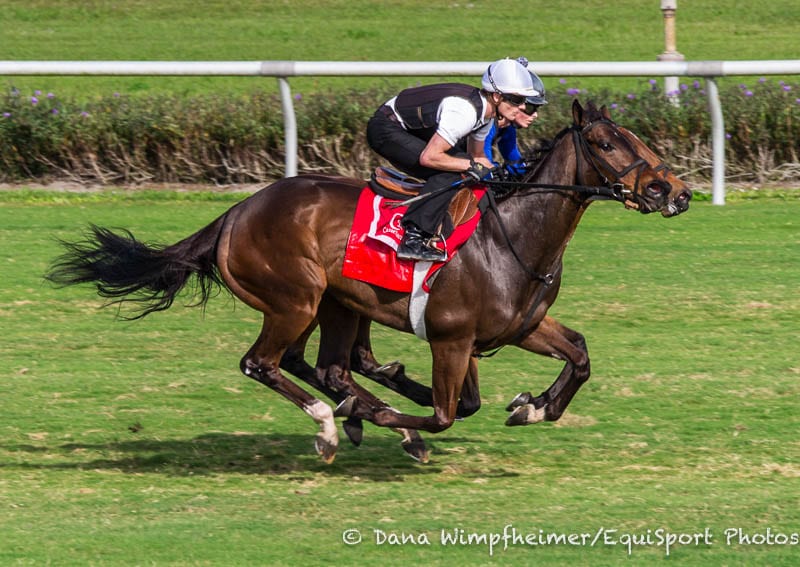 Female turf superstar Tepin did not hesitate to make her opinion clear Monday morning at Florida's Palm Meadows, when the 6-year-old daughter of Bernstein declined rider Julien Leparoux's request to turn around for a workout. After several failed attempts to convince Tepin to move forward going the right way around the turf course, trainer Mark Casse called off the work, reports drf.com. Tepin promptly bounced and danced her way back to the stable area.

“We're never going to make her do anything if she doesn't want to do it. She went out there and didn't feel like doing it,” Casse said.

The $4.4 million earner has not raced since November's Breeders' Cup Mile, in which she was a late-running second, and has already missed time training this year due to a mild bout of colic. Casse said that plans for the mare include shipping her back to Kentucky, where she normally trains very well, and moving forward from there. If Tepin shows that she is no longer interested in being a racehorse, Casse will talk to owner Robert Masterson about retiring her.

Classic Empire, the juvenile champion and fellow Casse trainee, has also refused to work a couple times over the past six weeks, though he showed great improvement when moved from Palm Meadows to Casse's training center in Ocala.

“It's a puzzle and you're always trying to put the pieces together,” the trainer told bloodhorse.com. “Unfortunately for us, two of our big guns have been doing this. But that's OK. If this was easy, everyone would be doing it. I'm sure there will be plenty of opinions telling us what we are doing wrong.”