‘We Still Think We Have The Best Horse’: Bolt D’Oro Returns To Work Tab 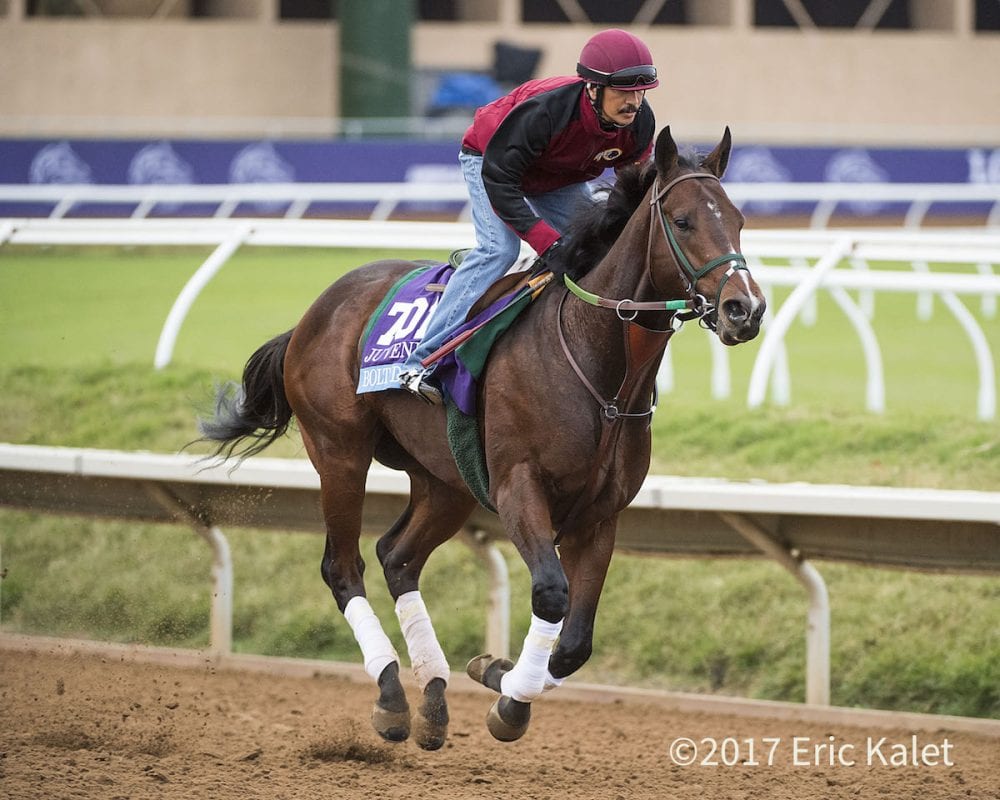 Bolt d'Oro had his first breeze of the year Saturday morning at Santa Anita Park, doing his best to assuage the feelings of owner/trainer Mick Ruis after Thursday night's Eclipse Awards. Good Magic, winner of the Breeders' Cup Juvenile, was chosen as the 2017 2-Year-Old Champion by a margin of just 18 votes over Bolt d'Oro, who suffered a wide trip in the Del Mar championships.

“I guess he's got to show it on the track,” Ruis told bloodhorse.com. “We still think we have the best horse out there. … We've got to let him show what he's got. We can say he's the best, the other guys can say they're the best, but I guess we've got to show it.”

The now 3-year-old son of Medaglia d'Oro worked a steady three furlongs in :36 4/5 under jockey Corey Nakatani, and all is on track for a start in the March 10 San Felipe Stakes at his home track. Earlier this month, Bolt d'Oro's return to training had been delayed by a bit of body soreness, but that issue appears to be in the past as the team looks forward to the 2018 Kentucky Derby trail.