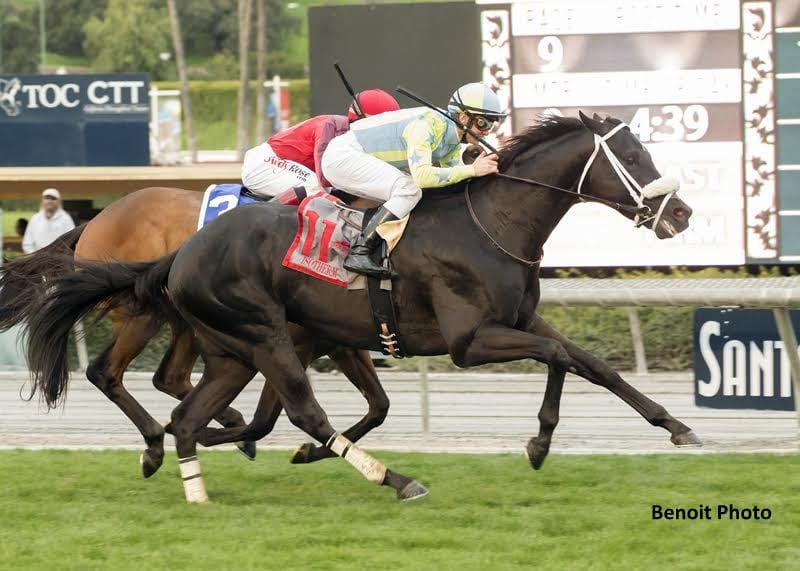 Matt Schera's Isotherm, a two-time graded-stakes winner on the turf, will cut back to a dirt sprint for only the second time in his career and the first time in 20 months in Saturday's $100,000 Dave's Friend at Laurel Park.

The six-furlong Dave's Friend for 3-year-olds and up is one of five stakes worth $500,000 in purses on the nine-race Christmastide Day program. Laurel will open its doors at 11 a.m. with a 12:25 p.m. first post.

Bred in Australia, the 6-year-old Isotherm will be making his 28th career start in the Dave's Friend and third since joining the barn of trainer James 'Chuck' Lawrence II. Though 16 of his first 19 races came on turf, Isotherm has made seven of his last eight on dirt including a fifth-place finish in the 1 1/16-mile Swatara Stakes Nov. 27 at Penn National last time out, when he was ridden by Laurel regular Victor Carrasco.

In his debut for Lawrence, based at the Fair Hill Training Center in Elkton, Md., Isotherm was fifth in the Autumn (G2) Nov. 3 over Woodbine's all-weather surface, also contested at 1 1/16 miles, where he ran into traffic along the inside while making his run.

“In the race at Penn, Victor tapped him on the shoulder and he kind of took off with him and Victor lost his iron on the front end, so I've kind of thrown that race out,” Lawrence said. “He actually ran a pretty nice race up in Canada; he just got shut off the last part of it.

“He's had some adversity in both his starts for me,” he added. “Matt said he's always wanted to try him in a sprint. This is right here in our backyard and it's going to be a short field so we thought we'd take a shot.”

Isotherm drew far outside Post 8 in the Dave's Friend, where he will carry 120 pounds including jockey Forest Boyce. Stakes winner Home Run Maker, racing for the first time since June 1, is the 122-pound topweight.

In his career Isotherm has raced less than a mile three previous times, running fourth at six furlongs in his Aug. 1, 2015 unveiling over Saratoga's main track. He also was second in the 2016 Dania Beach (G3) going 7 ½ furlongs at Gulfstream Park and most recently third in the 6 ½-furlong San Simeon (G3) April 29, 2018 at Santa Anita.

Winner of the 2015 Pilgrim (G3) in his third career start and 2017 San Marcos (G2), both for previous trainer George Weaver, Isotherm is following in the footsteps of stablemate Paret, co-owned by Schera and trained by Lawrence. Paret was third when sprinting 5 ½ furlongs in the Rainbow Heir Stakes Sept. 28 at Monmouth Park, part of the Mid-Atlantic Thoroughbred Championship (MATCH) Series, then stretched back out to 1 ½ miles when second in the Point of Entry Stakes Oct. 13 at Belmont Park at odds of 22-1.

“We had good luck [cutting back] before with Paret,” Lawrence said. “It's more of just because he hasn't done it in a while to try it and see. He acts like he's got some speed. I think he'd be a closing sprinter. It's a small field [so] it might be a good opportunity to take a chance and try it.”