‘She Is A Fighter’: Varenka Makes Bid For Motion’s Second QE II Win 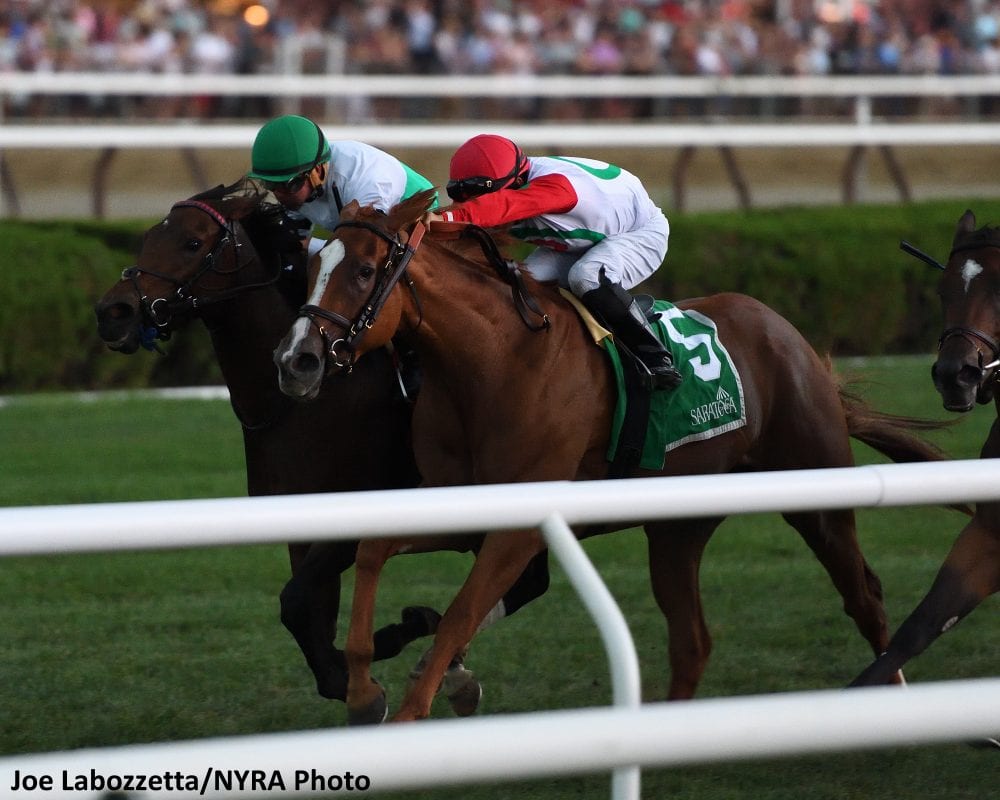 “She's a good traveler,” said Motion assistant Alice Clapham, who has been with the Ghostzapper filly on trips to what is now her fifth track. “She's like 'OK, where to next?' ”

Varenka's previous trip from Fair Hill was to Saratoga, where she finished in a dead heat for the victory in the Lake Placid (G2) with Regal Glory, who she will face again Saturday afternoon in the $500,000 Queen Elizabeth II Challenge Cup Presented by Lane's End (G1).

“She was coming, but I didn't know if she was going to get there because the ground was a little soft and there was some kickback,” Clapham said of the Lake Placid. “She is a fighter. She may be little, but she is tough.”


Varenka showed her toughness last year, running in the Breeders' Cup Juvenile Fillies Turf (G1) even though she was a maiden.

“We tried to get her in two maiden races at Saratoga, but they didn't go,” Clapham said. “She ran very well in two stakes (second in the P.G. Johnson at Saratoga) and the second one was at Belmont against Newspaperofrecord (IRE) (in the Miss Grillo-G2). She hadn't done anything wrong so we thought we may as well (run in the Breeders' Cup).”

Dismissed at 40-1, Varenka finished fifth in the field of 14 behind Newspaperofrecord, beaten less than two lengths for second.

Varenka was away from the races for six months before returning to score her first victory in her 2019 debut at Belmont. She has won three of four starts this year with the lone setback coming in the Regret (G3) at Churchill Downs in June.

“She encountered traffic trouble at Churchill,” Clapham said. “She was making a good run and got stopped.”

A victory Saturday would give Motion a second triumph in the race to go with the score by Film Maker in 2003.

Javier Castellano, who was aboard for the Lake Placid victory, has the call Saturday as he goes for his fourth QE II victory and bids to become the first rider in the race's 36-year history to win in consecutive years. Castellano was aboard Rushing Fall last year.