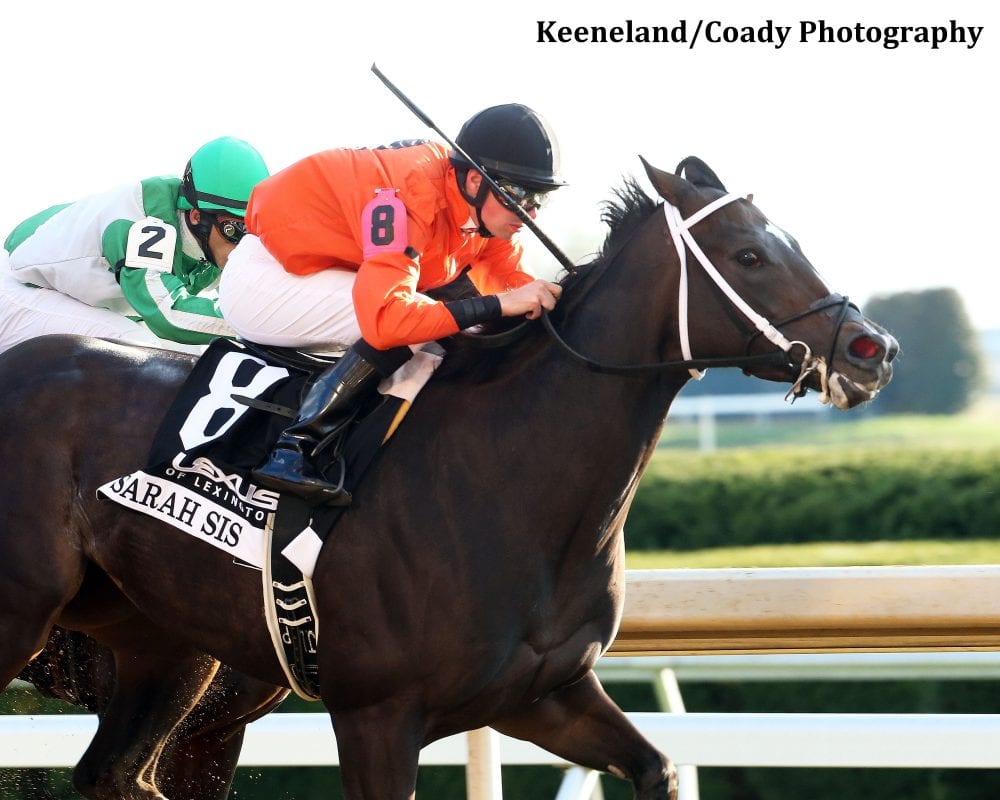 The year-end goal for multiple graded stakes winner Sarah Sis is the 7-furlong Breeders' Cup Filly and Mare Sprint (G1) in November at Santa Anita, trainer Ingrid Mason said. But, the year begins at Oaklawn, where Sarah Sis is scheduled to make her 4-year-old debut in Saturday's $100,000 American Beauty Stakes for older fillies and mares at 6 furlongs.

Probable post time for the American Beauty, the eighth of nine races, is 4:38 p.m. (Central).

Mason said she's not concerned about cutting back to 6 furlongs, although the distance would seem to favor Super Saks, the speedy 3-1 second choice in the program, who is scheduled to break one spot outside Sarah Sis from post 3.

“She's got plenty of speed,” Mason said. “I think the race will set up good enough for her. There's Super Saks, and, I think, we're the second speed in the race. We'll probably let her go and then try to tag her.”

“I'd rather be on the outside, obviously,” Mason said. “I just wish Super Saks wasn't on my outside, because you know how that's going to go.”

“There's a couple of horses in there that are tough, besides Super Saks,” Mason said. “It's not an easy race at all.”

Spring Included (4-1 on the morning line) won the $100,000 Spring Fever Stakes and $100,000 Carousel Stakes last year at Oaklawn, but has lost her last four starts. She will be retired and bred to Grade I winner The Big Beast with a poor performance in the American Beauty, owner Alex Lieblong said.