Mr. Misunderstood ‘Looks As Good As He Ever Has’ Ahead Of Thursday’s Old Friends Stakes 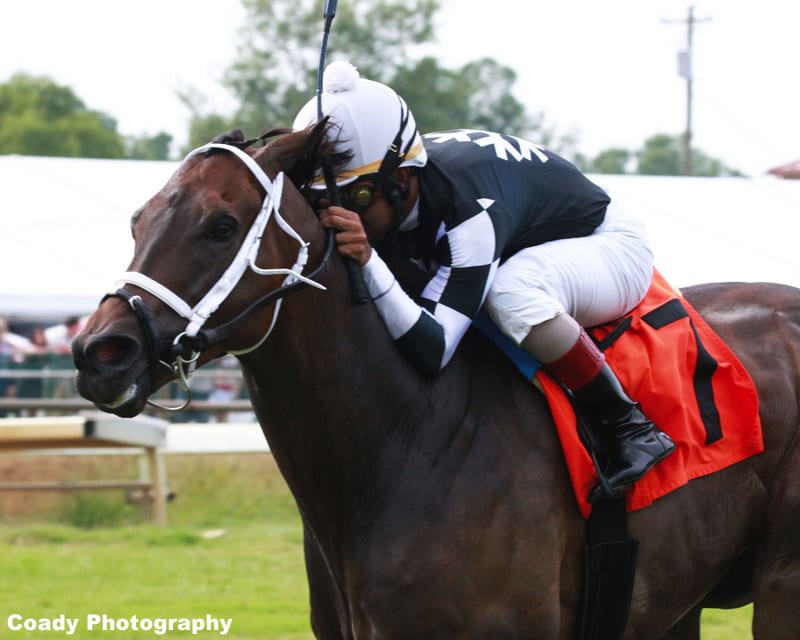 Thursday's $250,000 Old Friends Stakes on the second of five days of the RUNHAPPY Meet at Kentucky Downs is a restricted stakes — limited to horses that have not won a stakes in 2019 — but the field is worthy of the graded status that designates America's top races.

Two of the horses in the field of 12, plus a pair of also-eligibles that need a defection or two by 9 a.m. Wednesday to get into the race, have earned $1.5 million: 2018 Breeders' Cup Mile runner-up Catapult, the 3-1 favorite who comes in from California, and the 9-year-old Undrafted, winner of Ascot's Group 1 Diamond Jubilee in 2015.

The 4-1 second choice, Mr. Misunderstood, is in this spot to get him back on track to the form that saw him win his first eight starts on turf and 10 of his first 13. For his career, Mr. Misunderstood has won 12 of 23 starts and made almost $800,000.

Trained by Brad Cox, Mr. Misunderstood comes into the Old Friends at a mile and 70 yards off a pair of thirds in his only starts this year after concluding 2018 with victory in Churchill Downs' Grade 3 River City: an allowance race at Churchill Downs following a 7 1/2-month layoff and then a very close third in Ellis Park's $100,000 Kentucky Downs Preview Tourist Mile. That day, Mr. Misunderstood rallied late to come up three-quarters of a length shy of victorious Mr Cub.

Flurry, whose Flurry Racing's black race silks feature a big white snowflake, said Mr. Misunderstood got pretty sick last winter at the Fair Grounds and took a while to come around.

“We gave him a little vacation after the River City in November,” he said. “We gave him 60 days off to bring him back a fresh horse. He had breezed a few times and then he got sick on us in New Orleans. That set us back from being ready in late April, early May. But we had to give him time off to recover, and that put us in kind of a weird position. A mile and an eighth is a little long for him in his first race back, but it was running out of your own stall at Churchill. The Preview at Ellis Park, I think the 10 hole hurt us, and there was a downpour right before we started saddling. That might have dampened the ground enough that he couldn't get his total footing to make his late, late charge like he normally does.

“I hate to say we're giving him excuses. But he hasn't had ideal conditions that we'd have liked this year. We're going to take full advantage of the 'non-winners of a stakes this year' and see what we can do.”

Does he think that Mr. Misunderstood at age 5 is the same horse as he was at 4?

Flurry said he certainly wasn't expecting a horse like the John Sadler-trained Catapult —a multiple Grade 2 winner who is a nose from being a Grade 1 winner — to show up.

“But I think we can definitely hang with him if we run back to our old form three, four races ago,” the owner said. “Multiplier isn't a bad little horse horse, either.”

One thing about it, Mr. Misunderstood comes from the hot team of Cox and jockey Florent Geroux. They teamed to win two races on Saturday's opening card, including the $500,000 Exacta Systems Juvenile Fillies with Jezebel's Kitten, and would have had a third together except for a disqualification to second for interference. Cox's two wins out of five mounts ties Mark Casse for the early lead off the five-date meet.

Geroux had three wins that would have been four without the DQ, with Ellis Park meet-leader James Graham (with two) the only other jockey to win more than one race on Kentucky Downs opening card.

“Florent and Brad had a lot of success Saturday,” Flurry said. “Hopefully we can carry that over to Thursday and get back in the winner's circle.”