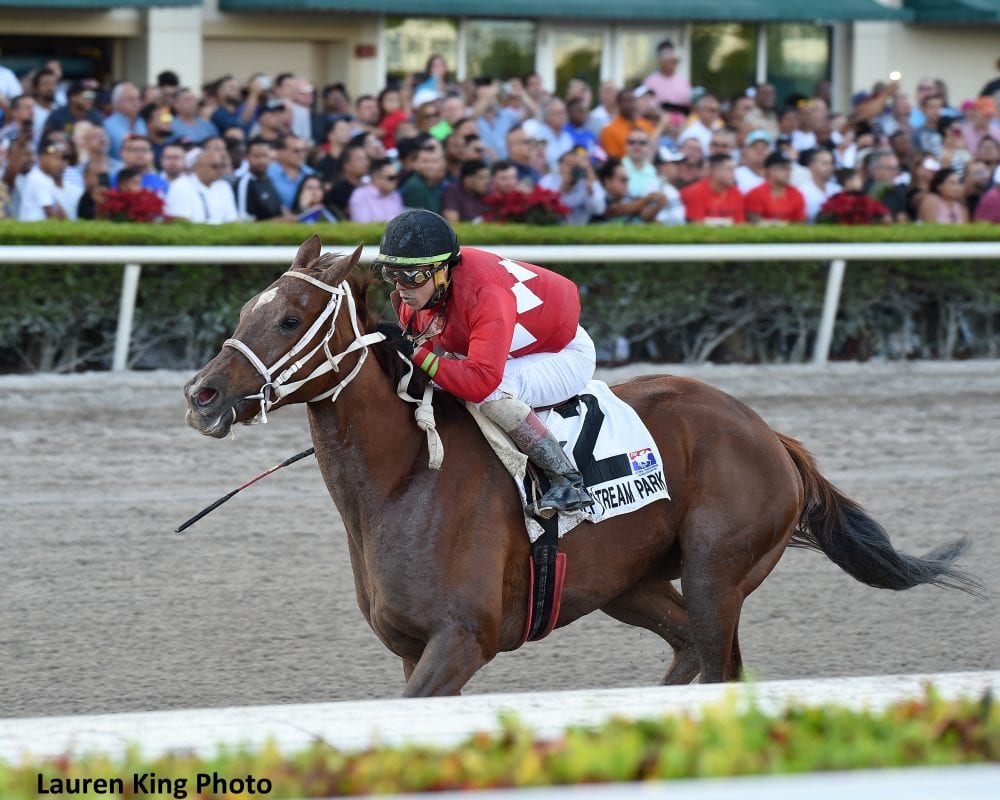 Jala Jala has dominated the boys in her only two races at Gulfstream Park, but six other fillies and mares figure to give the Mexican star the sternest test of her career in Saturday's $150,000 Royal Delta (G3) at Gulfstream Park.

Jala Jala ventured from Mexico to Gulfstream Park to capture the $300,000 Clasico del Caribe Dec. 9, 2017, when she defeated the 3-year-old males by nine lengths in the highlight of the first Clasico Internacional del Caribe to be hosted outside the Caribbean and Latin America. She returned a year later to overwhelm older males by 4 ¾ lengths in the $100,000 Copa Confraternidad del Caribe Dec. 8.

“She's the first filly to win both races in the 50 years of the Clasico,” trainer Fausto Gutierrez said. “Now she faces very nice fillies here. It's a tough race for her, but I think she has the quality to be there.”

Gutierrez also trained Kukulkan, the Mexican Triple Crown winner who followed in his stablemate's hoofprints to win the Clasico del Caribe at Gulfstream Dec. 8. The son of Point Determined and Jala Jala returned to Mexico, only to come back to Gulfstream Park in early January. Kukulkan brought an undefeated record in to the $9 million Pegasus World Cup Invitational (G1) Jan. 26 but was never a factor while finishing 11th.

Jala Jala produced a 'bullet' three-furlong workout in 35.57 seconds Jan. 29 before turning in a relaxed five-furlong breeze in 1:02.15 a week ago.

“She's training very good. Like Kukulkan, she's trying to come back. The difference is she's had a month more to train on the track. We're here to win. This is a different level,” Gutierrez said. “She's one of the best horses in the Caribbean. This is a tough race. I have plenty of confidence that she'll make a good race.”

In the mile Royal Delta, Jala Jala will clash with Tequilita, a multiple graded-stakes winner who won the Rampart (G3) by 2 ½ lengths at Gulfstream Dec. 15, and Blamed, who captured the Comely (G3) at Aqueduct in her 2018 finale before faltering on a sloppy track in the Hurricane Bertie (G3) Jan. 26 at Gulfstream.