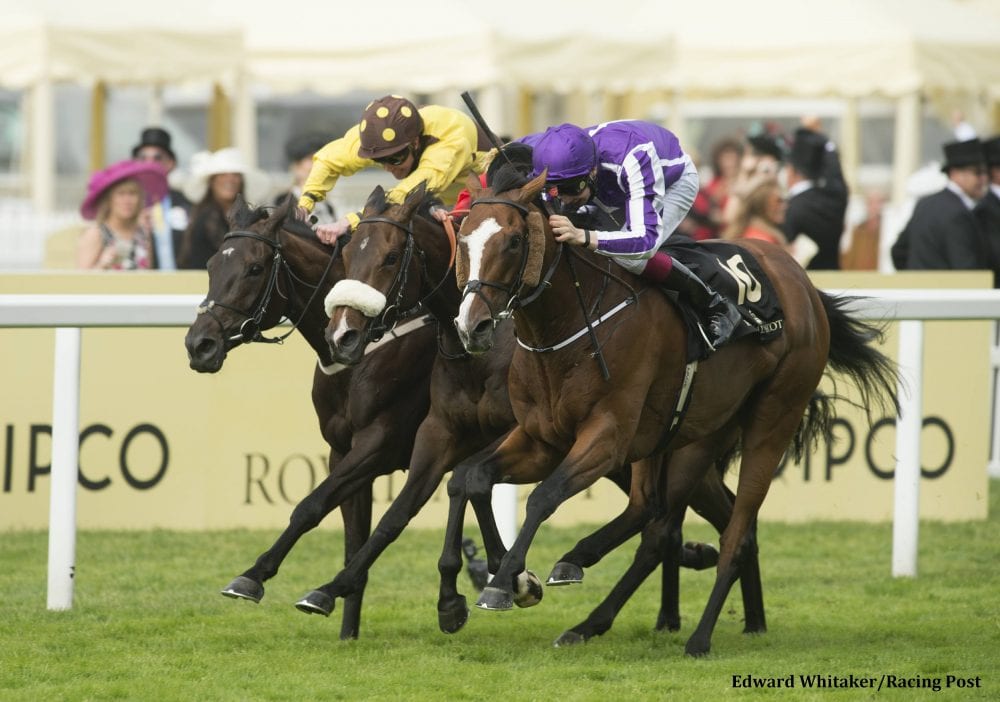 He needed every inch of the 2 1/2-mile distance, but Leading Light was able to just get up in the final strides to edge defending champion Estimate in the $622,500 Ascot Gold Cup (Eng-I) by a neck at Royal Ascot June19.

The 4-year-old son of Montjeu provided trainer Aidan O'Brien with his sixth winner of the Gold Cup, which is considered the highlight of the Royal Ascot meet.

One of the main challengers to Leading Light was the 2013 Gold Cup winner, Estimate. Despite it being the 5-year-old mare's first start of the year, she was still a popular choice in the wagering, with many in the Royal Ascot crowd hoping she could provide another victory for The Queen.

At the start it was outsider Missunited that went to the front to set the pace. She was tracked closely by Brown Panther and Royal Diamond, as both Estimate and Leading Light were settled in midfield early on.

Missunited continued to gallop along at a decent pace on the front end for much of the first two miles of the race. With two furlongs to go the race really began, as Joseph O'Brien angled Leading Light to the outside for a clear shot at the leader. At the same time, Ryan Moore was hard at work aboard Estimate, as the pair closed in on the leader from the inside.

In the final furlong it was a three-way battle to the wire, as Leading Light and Estimate matched strides with a stubborn Missunited, who refused to fold despite having led from the start.

At the wire it was Leading Light by a neck over Estimate, with Missunited just a short head back in third. Final time for the 2 1/2-mile marathon was 4:21.09 over a course rated good to firm.

Leading Light was bred in Ireland by Lynch-Bages Ltd., and is owned by the partnership of Derrick Smith, Michael Tabor, and Susan Magnier. The bay colt has now won seven of nine lifetime starts, including the 2013 Ladbrokes St. Leger (Eng-I). Leading Light is out of the stakes-winning Gone West mare, Dance Parade.