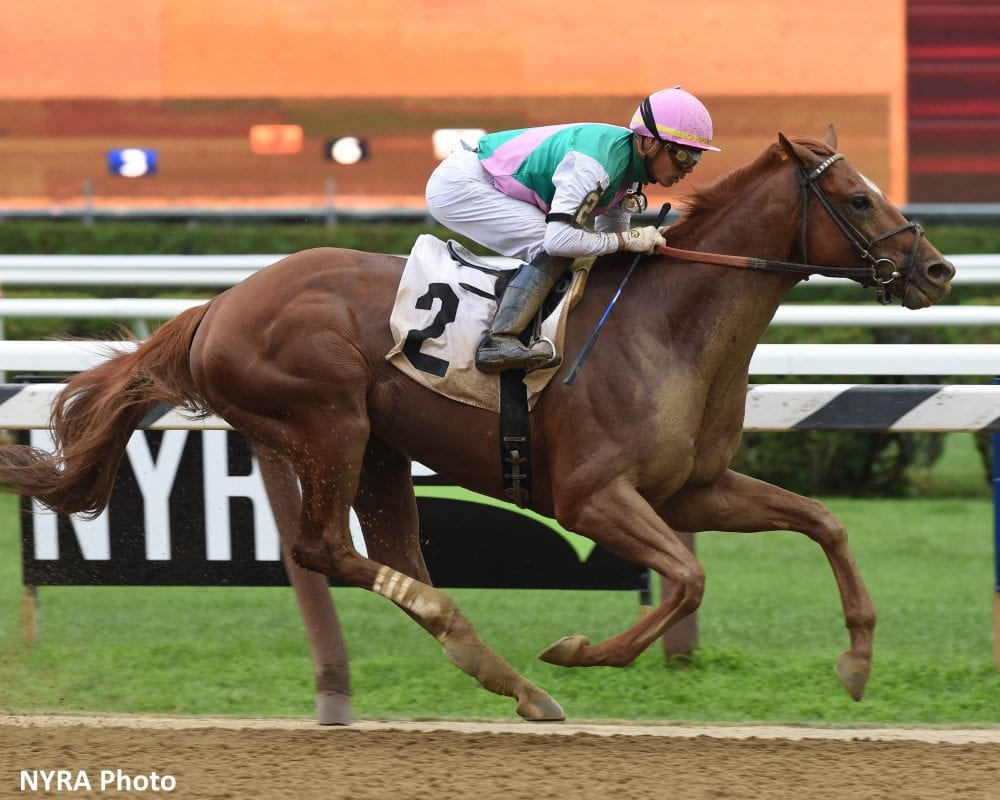 Hofburg wins his comeback race on Thursday at Saratoga

Juddmonte Farms' homebred Hofburg, a multiple Grade 1-placed son of Tapit, earned a 94 Beyer Speed Figure in his winning return to the races on Thursday at Saratoga.

Trained by Hall of Famer Bill Mott, the talented chestnut enjoyed a productive 2018 campaign winning the Curlin at Saratoga after finishing second in the Grade 1 Florida Derby, seventh in the Grade 1 Kentucky Derby and third in the Grade 1 Belmont.

A half-brother to multiple Grade 1-winner Emollient, also campaigned by Mott for Juddmonte Farms, Hofburg employed a ground-saving trip under Jose Ortiz in Thursday's nine-furlong optional-claiming event, stalking from third before angling three-wide to take command at the stretch call. Roaming Union battled gamely down the lane but could not make up any ground on Hofburg, who edged clear for a 2 3/4-length score.

“I thought he ran really well,” said Mott. “Tactically, he was good. He was up in the race and when Jose asked him, he drew away from his company. He didn't hang at the end and it seemed like he had good energy the last eighth of a mile. It was a very good race.”

“We're probably a little late to run in the Whitney, so maybe we'll look at the Woodward. We'll shop around a little bit,” said Mott. “Hopefully, the fact that he showed up today is a sign of better things to come.”

Last year, Channel Maker dead heated with Glorious Empire for the win over soft going in the 1 3/8-mile Bowling Green during a solid run of form that saw the Canadian-bred English Channel chestnut follow up with a second in the Grade 1 Sword Dancer ahead of a decisive 4 1/2-length score in the Grade 1 Turf Classic Invitational at Belmont.

Mott said Channel Maker is in good order ahead of next Saturday's return bout.

“Channel Maker is headed to the Bowling Green. I like the way he's been training,” said Mott.