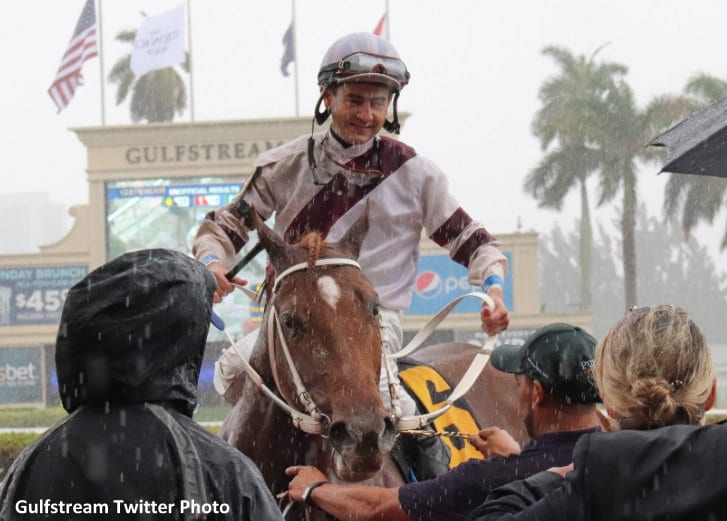 Trainer Anthony Mitchell went along with owner/breeder Richard Otto's plan to name a horse after him…with one stipulation.

“OK, but make it a good one,” Mitchell told his longtime client with whom he enjoyed a successful trainer/owner association, primarily in Illinois.

The Illinois colt had shown promise from the start, winning his debut and finishing a close second in a stakes during his 2-year-old season, but it wasn't until the second half of 2018 that he realize his potential by winning four straight races, winning the Bruce D. Memorial at Arlington Park in August and completing his 3-year-old season by winning the Harlan's Holiday at Gulfstream Dec. 15.

“He did run some decent races early on. As a 2-year-old he was second in a stake, beaten in a photo. But in his past, before the Bruce D., his form was a little muddy,” Mitchell said. “After the Bruce D., he has kind of matured into the horse we thought he'd be when he was a 2-year-old. It just took a little time to come into himself.”

In the Harlan's Holiday, Sir Anthony pulled off a 25-1 upset over heavily favored 2018 Florida Derby (G1) winner Audible by a half-length.


“It was very gratifying because of all the hard work that goes into developing a racehorse. People see horses on the track and see them win big races, but a lot of hard work goes on behind the scenes,” Mitchell said. “This horse, we did break and brought him along. It's very gratifying.”

Sir Anthony will seek to pull off another upset in Saturday's $100,000 Hal's Hope at Gulfstream over a dirt surface that the versatile ridgling may well prefer.

Brian Hernandez Jr. has the return mount on Mitchell's namesake.