Bell’s The One Goes Wide For Raven Run Victory 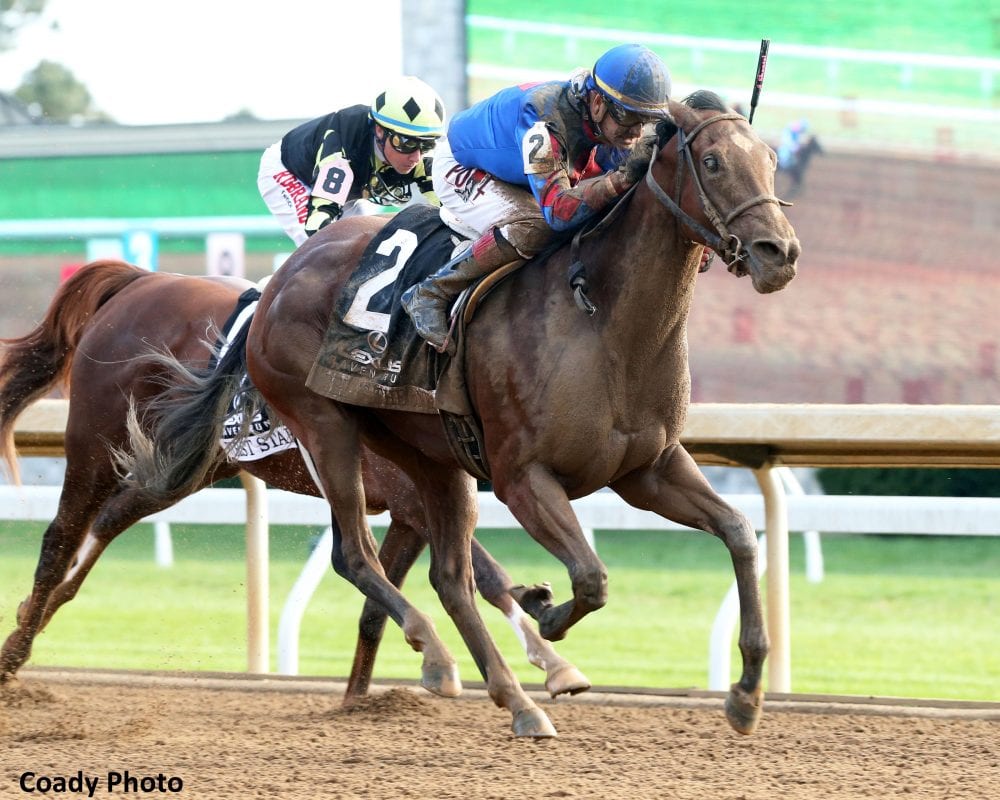 Bell's the One wins Raven Run

Lothenbach Stables' Bell's the One, last early in the field of 10, moved widest of all in the stretch to sweep past the field and go on to a 1¼-length victory over First Star to win the 21st running of the $250,000 Lexus Raven Run (G2) for 3-year-old fillies before a Saturday afternoon crowd of 24,296 at Keeneland.

Trained by Neil Pessin and ridden by Corey Lanerie, Bell's the One covered the 7 furlongs on a fast main track in 1:22.97. The victory is the second in the race for Lanerie, who won in 2010 on Hilda's Passion.

The complexion of the race changed at the start when favored Indian Pride broke a step slow and spotted the field several lengths. Irish Mischief and Free Cover took advantage to wrestle for the early lead only to be joined after a quarter-mile by Indian Pride.

Those three raced as a team through fractions of :22.81 and :45.33 as Lanerie bided his time at the rear of the field. Going into the far turn, Bell's the One began picking off horses and on the turn, Lanerie moved Bell's the One off the rail.

At the head of the lane, Lanerie moved six wide, collared First Star at the eighth pole and drew clear at the sixteenth pole for the victory.

Bell's the One is a Kentucky-bred daughter of Majesticperfection out of the Street Cry (IRE) mare Street Mate.

It was another head back to Irish Mischief with Royal Charlotte, Oxy Lady, Needs Supervision, Istan Council, Horologist and Free Cover following in order.