Baffert on Paynter: ‘I Can’t Be Disappointed’ 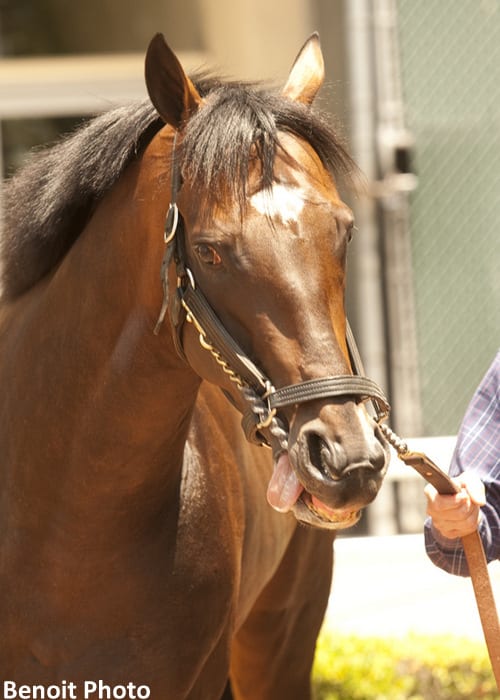 Hall of Fame trainer Bob Baffert was content with Paynter's effort in the San Diego and mystified by Liaison, his other starter in the race.

“Paynter ran a great race,” Baffert said. “I can't be disappointed. He ran hard the whole way and never gave it up. I don't think he liked the track that much but he's such a great horse he kept trying all the way.”

It was the second start in a comeback from a near-fatal illness for Paynter. The 4-year-old colt was so keyed up to run that it took two handlers all they could do to keep him in control in the paddock before the race, but he appeared to settle down when jockey Rafael Bejarano mounted up for the race.

“He was quiet all the way over, but then he saw the crowd in the paddock and it freaked him out,” Baffert said. “I think he was a bit too fresh.”

“We were disappointed in Liaison. I thought he'd run a big race. He made a little move along the backstretch, but at the three-eighths pole he was done. I don't know what happened with him, I've got to figure it out.”

Baffert said he would keep an open mind about a next race for Paynter. When asked specifically if the TVG Pacific Classic was still under consideration, Baffert said:

“I won't know that for another couple of weeks.”