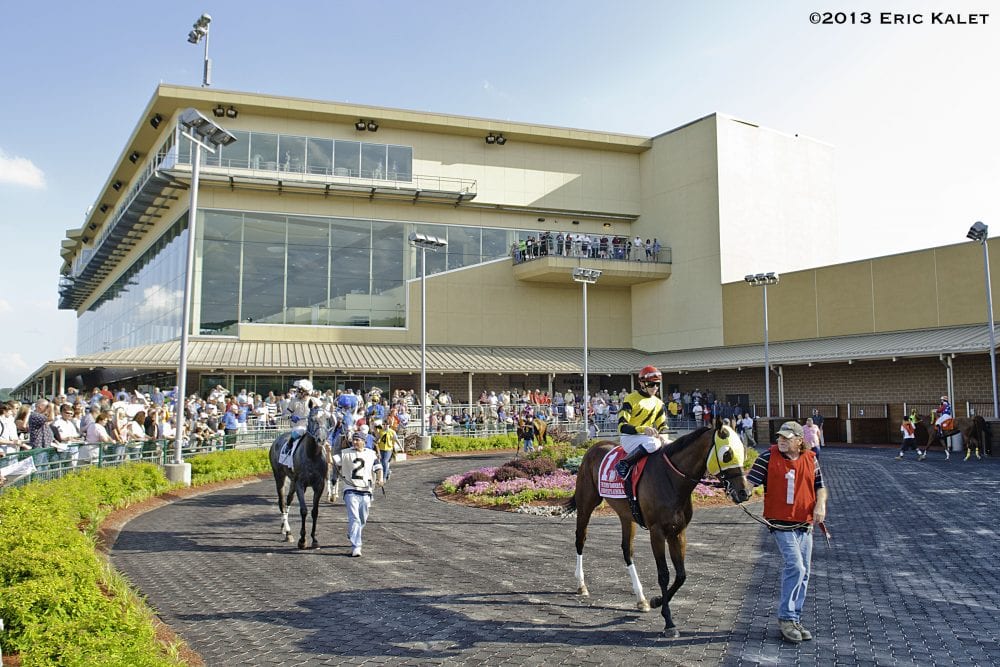 The impressive victory by Rydilluc on Saturday night in the inaugural $500,000 Penn Mile was the highlight of an incredible record breaking night at Hollywood Casino at Penn National Race Course.

All-sources wagering on the Penn Mile race itself was $1,139,478, making it far and away the largest single-race handle in the 40-year history of the track. The previous record was the Pennsylvania Governor's Cup Handicap on August 1, 2009, which handled $377,365.

On track wagering on the Penn National card was $225,136, also a record, and reflected the large turnout to see the stakes races and to help benefit Equine Aftercare – with CANTER of Pennsylvania, New Vocations, ReRun, and HBPA New Start all on-track collecting donations, along with Metro Meteor, the Painting Racehorse, whose paintings have raised more than $25,000 for charity.

“On every possible level, tonight was a huge success,” said Dan Silver, director of racing operations at Hollywood Casino at Penn National Race Course. “The racing department here – including racing secretary Dave Bailey, stakes coordinator Craig Lytel, and assistant racing secretary Jenny Bowman – put together the best card in the history of Penn National Race Course, and it was great to see people on track and around the country respond so enthusiastically. We're thankful for the strong support demonstrated for our races by the horsemen and it was exciting to see so many tremendous stakes performances tonight, highlighted by Rydilluc's thrilling win in the first ever Penn Mile. The on-track atmosphere was electric, and we are thrilled that so many fans came to the track to enjoy a terrific night of racing!”