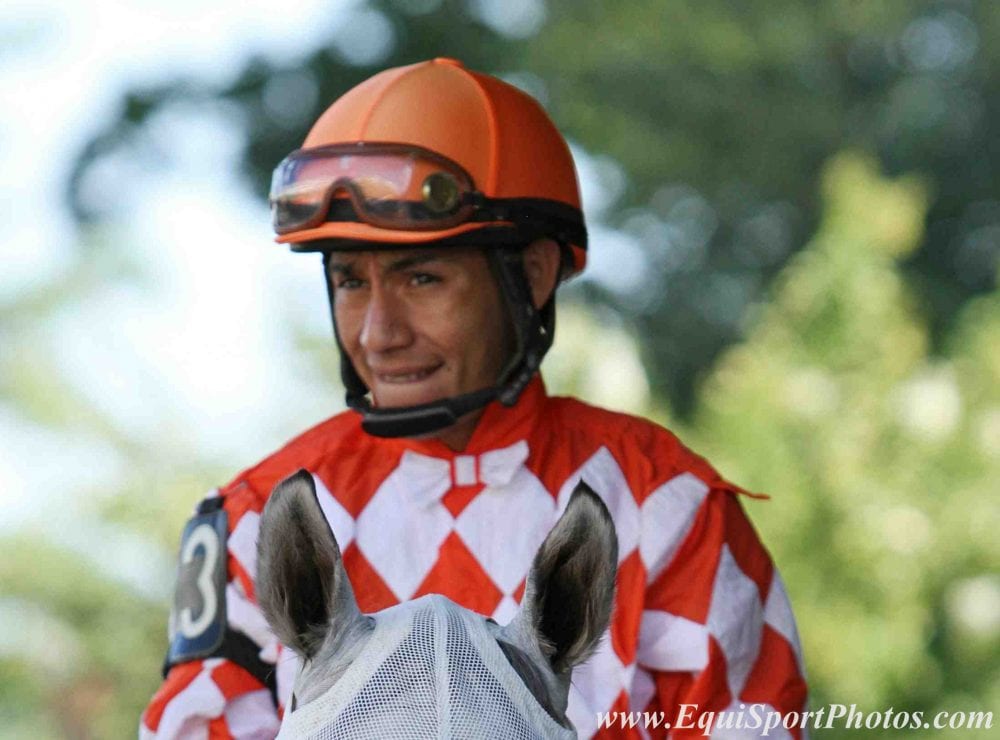 Jockey Paco Lopez has been suspended 60 racing days for what Gulfstream Park steward Stephen DiMauro called “continuous careless riding” in Sunday's 11th race at the Hallandale Beach, Fla., track aboard Itsmyluckycharm for trainer Edward J. Plesa Jr. Itsmyluckycharm finished first by 1 1/2 lengths as the even-money favorite in the 7 1/2-furlong turf contest but was disqualified and placed 10th for interference.

The suspension comes just over two months after Lopez received a 30-day ban for his role in a Jan. 31 spill that injured two riders, Romero Maragh and Carlos Montalvo. Maragh underwent spinal surgery as a result of the Jan. 31 incident and Montalvo suffered an ankle fracture. Both jockeys remain sidelined.

“The 60 days was based on continuous careless riding after each time he was either called in, reprimanded or given a suspension,” said DiMauro. “Suspensions increased and his careless riding continued. So we increased it to our maximum penalty.”

DiMauro said Lopez has 72 hours to appeal the suspension, after which the effective dates will be assigned. The 60 racing days equates to roughly a 12-week suspension, based on Florida's five-day weekly racing schedule. The length of the suspension would be the same in other states as it is based on Gulfstream Park's schedule.

Lopez is the leading rider at the current Gulfstream Park meet, winning 13 races from 48 mounts, including four winners on Thursday after receiving news of his suspension.