Lamoreaux: In Baseball And Horse Racing, It’s Time To Reexamine The Need For Early Speed 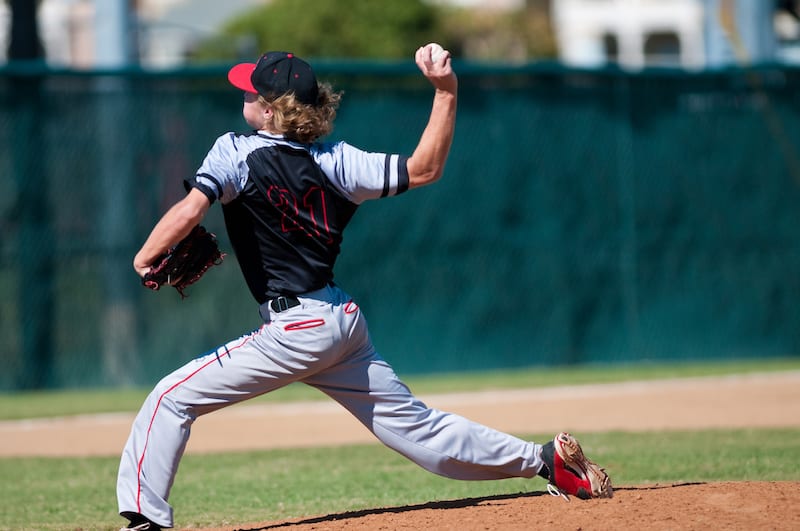 As a boy, radio hooked me on Thoroughbred racing and baseball.  Mel Allen and Red Barber with their melodic southern baseball idioms and Clem McCarthy and Ted Huesing  with their dramatic Kentucky Derby stretch calls turned both sports for me into poetic adventures. I could literally smell the hotdogs in the ballpark and revel in the noise of 100,000 swelling voices as they turned for home at Churchill Downs.

So, the other day when Radio Boy was reading a piece by Peter Gammons, the dean of baseball writers, about how speed – the miles per hour kind, not the other stuff – is raising huge medical questions about the health of young pitcher's arms, he suddenly had a revelation.

If baseball pitchers are starting to fall almost as fast as young Thoroughbreds, isn't it absolutely the time for the racing industry, even in the midst of its own “drugs, whips and dead horses” self-induced calamity, to re-examine the very essence of its being, the root cause of what has brought racing to this boiling point of public opinion — early speed and, let's not forget, greed.

America has become an outlier in a Thoroughbred world where durability stands hands above cosmetics.  While American racing has become one big beauty contest, to the rest of the world it's not just how good that young colt or filly looks in the sales ring or how fast will they run toward the breeding shed, it's how much stamina can we drill into them and how big is their heart and how long can we make their careers last.  The breeders and owners share a good part of the blame for this blind spot, but the race tracks and horsemen too have for many years been stubbornly resistant to change. Politics, politics, politics.

The Gammons baseball story poses an eerie similarity to racing. Young pitchers, barely teenagers, are being brain-washed into thinking that throwing 100 MPH is the ticket into the fame and fortune of the big leagues. As a result, major league pitchers are now proving to be far less durable and are suffering career-threatening injuries at an alarming rate. Early speed is the killer.

Statistics don't lie, especially those in racing, which is not just killing careers but the very Thoroughbreds that are its backbone.  All sorts of scenarios have been suggested as the main culprit. Sure, steps are being taken to address the immediate concerns. But even if they satisfy the naysayers this time, the canary in the mine remains the breeding issue and whether America's Thoroughbreds are being asked to run too fast too young on matchstick legs that may not be fully developed.

Then Radio Boy remembered an interview he did as a CBS producer with the likes of a young  Steve Cauthen at the Upper Lambourn Gallops in England, where he was spending his mornings actually galloping his  mounts-to-be over hills and dales. These finely-bred, mostly young animals were being given the time to slowly develop the musculature and stamina needed to be competitive on the race track.  There were no mad, short sprints for juveniles to impress prospective buyers. Just more of the slow and steady.

Cauthen had just shipped over three years after he had won the Triple Crown with Affirmed as a teenager.  He was Sports Illustrated's Sportsman of the Year. A run of bad racing luck and the subsequent difficulty in getting good mounts in California had prompted him to move his tack across the pond and try something new.  The Brits took a shine to him and he to them. The slower pace there suited his Kentucky heritage.

“The whole idea,” said Cauthen, “is to get the horse fit, set out at sort of half speed and then the last two furlongs really quicken up.  People here look at horses as personalities rather than some number and they tend to follow a certain horse wherever it's sort of running. Today I was racing on ground that anyone in the States would probably never come in contact with.  It's bottomless. But experience teaches you a lot and gradually you learn how to cope with the situations you're in.”

American racing is in one of those “situations” right how.  How the powers to be respond will dictate whether it will rise up off the bottom  –  or disappear into the history books of its glorious, poetic past.