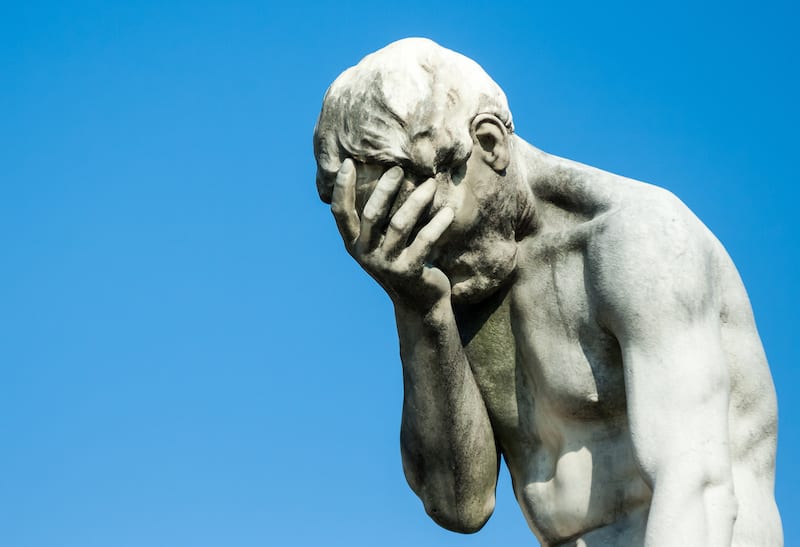 A statue of Cain by Henry Vidal in Tuileries Garden in Paris, France (Adobe photo stock)

I couldn't believe what I was reading.

The Association of Racing Commissioners International (RCI) had just issued a press release warning its member commissions that any attempt to ban the administration of race-day Lasix could lead to the inhumane practices of administering formaldehyde as a Lasix substitute and have horses denied feed and water for up to 24 to 36 hours prior to post time.

The release, issued on May 6, 2019, is titled “Commissions Put on Alert for Animal Cruelty Resulting from Furosemide Ban.” It contains these passages:

“All racing regulatory commissions have been put on notice that the banning of voluntary race-day furosemide administrations by some US racetracks or lawmakers is expected to encourage a return to practices deemed cruel, inhumane, or potentially dangerous to the health and welfare of a horse.

“The ARCI also advised commissions that it is anticipated that some horsemen will return to a practice known as 'Drawing and Muzzling.'  This practice, common in Europe where race-day furosemide treatments are also not permitted, denies a horse food and water for twenty-four to thirty six hours prior to a race.”

Disingenuous
“The RCI press release is disingenuous,” said Dr. Rick Arthur, long-time equine medical director for the California Horse Racing Board (CHRB). “It's basically telling everyone that the regulators are incapable of regulating the sport.”

This year, the CHRB will likely be involved in two different initiatives to ban the use of race-day Lasix in California. One is an agreement between The Stronach Group and the Thoroughbred Owners of California involving Santa Anita Park and Golden Gate Fields. A separate request is likely to come from Del Mar and Los Alamitos (Thoroughbred) as part of a national effort to eliminate race-day Lasix in 2-year-old races and stakes races.

Ill-informed
Gina Rarick knows a thing or two about training practices in Europe. Rarick has been training racing Thoroughbreds in Maisons-Laffitte, France, since 2002. She is also a former journalist at the International Herald Tribune.

I contacted Rarick by email knowing she would have some insights to share.

Rarick told me her head exploded when she first read of the press release in the Paulick Report.

“First off, where on god's earth did it come from? The ARCI couldn't possibly have written such an ill-informed sloppy release?” she said.

Yes, Ms. Rarick, they wrote it alright. It's posted on their website.

How ill-informed is RCI's narrative?

“People in America just love to say what we all do here in Europe without having the first clue about it,” Rarick said. “'Drawing and muzzling' is absolutely NOT common practice here! Especially for 24 or 48 hours!! At most, I have seen trainers offer less water the night before the race and take it away the morning of. Food is given but reduced from the morning feeding. I don't follow this practice, but I have seen this done.”

She goes on to explain race-day protocols.

“When horses arrive at the racecourse, almost all get muzzled to keep them from eating the straw in the boxes right before racing. The risks here are two-fold: One, to avoid a drug positive in case the straw is contaminated in any way (somebody peeing in the box, etc., although this excuse is minimized now because all boxes are sealed and only opened by the trainer on arrival at the track) and two, to keep the horse from filling up on straw just before running. But you're talking a couple of hours at most here right before post time. A similar result could be just to tie the horse in the box so he can't eat, but we'd prefer to leave them loose.”

According to Rarick, this is how bleeders and bleeding is addressed in Europe:

“The standard protocol here if you have a bleeder is to first find out if there isn't an underlying cause like a lung infection or other illness,” she said. “If that's the case, treat that first and then get on with training. If the answer is just that the horse actually IS a bleeder (and that is relatively rare – I just retired one this year and it is only the second bleeder I've had in 19 years of training), you'd use inhalation therapy first, usually with a bit of dexamethasone or clenbuterol, but then you're positive for about three weeks so you only want to do this right after the bleeding episode to help clear and heal the lungs. After that, you'd want to take it handy in training for about a month to not have a recurrence. Once you start galloping again, you COULD use a small dose of Lasix if you wanted to. I never have and most trainers don't, because you'd have to use it every time the horse does fast work, you can't use it racing and you have a withdrawal time of 10 days. Plus, there's the added element that since it's a performance-enhancing drug, the horse would want to work harder than it should on it, hence increasing the chance for bleeding, hence a vicious circle that most trainers here don't want to contend with.”

Shameful
Given the comments by Dr. Arthur and Ms. Rarick, who have called the RCI's press release “disingenuous” and “ill-informed,” what motivation would RCI have in issuing this release? We'll leave that to the reader to decide.