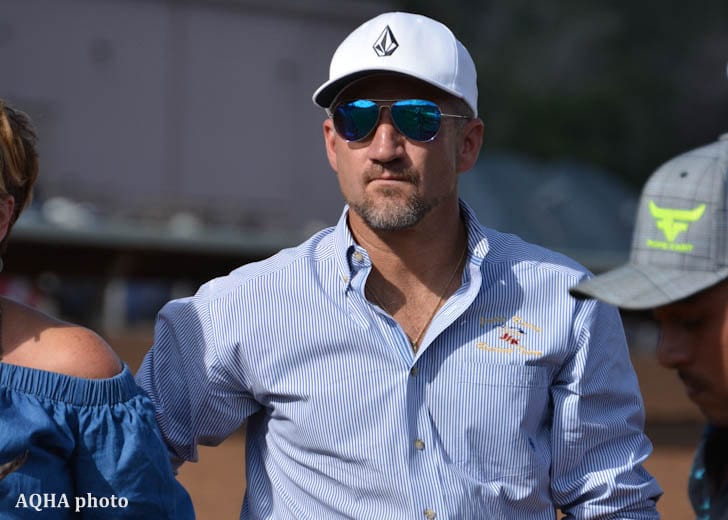 Judd Kearl, 2016 AQHA champion trainer, will not be eligible for reinstatement until July 30, 2036

Judd Kearl, the reigning American Quarter Horse Association champion trainer and 2016 leader in both money and races won in North America, was among three trainers notified on Friday by the Texas Racing Commission that horses in their care allegedly tested positive for the Class 1 drug Nomifensine.

Drug testing is conducted for the Texas Racing Commission at the Veterinary Medical Diagnostic Laboratory at Texas A&M University. The drugs allegedly were detected in blood serum. According to sources, split samples tested in California and Pennsylvania confirmed the original findings.

Hearings have been scheduled for Sanchez and Stroud on Aug. 2. The five charges against Kearl are scheduled to be heard by the board of stewards on Aug. 3.

Horses also may be disqualified from their placings and purse money redistributed.

Nomifensine is a human anti-depressant drug developed in the 1960s and withdrawn from the market in the early 1990s due to adverse side effects in patients, including drowsiness and increased heart rate. Because it is no longer FDA approved, sources, said, the drug likely would have been compounded for use in the United States.

“I do not know what effects this norepinephrine-dopamine reuptake inhibitor can have on a horse,” said Dr. Terence Wan, head of the racing laboratory for the Hong Kong Jockey Club. Wan said the HKJC laboratory, considered among the best in the world, has been screening for Nomifensine in samples but to date has detected no positives.

Sanchez began training in 2016, according to Equibase, and already is among the sport's top trainers, with current stable star, the unbeaten Grade 1-winning 2-year-old Dashnunder Afullmoon, leading the way.

Following are the horses for which notices of alleged violations were issued: