Video: Lending a Paw to Saratoga’s Herd of Felines 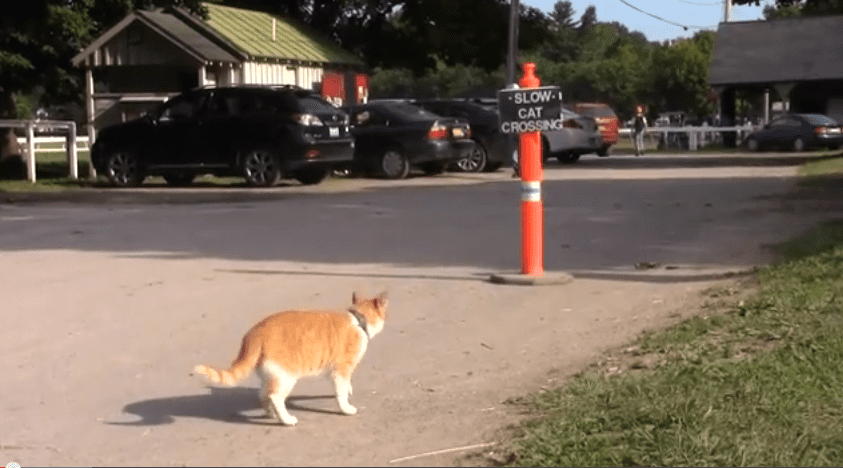 Although they get the most attention, the horses aren't the only four-legged inhabitants of the Saratoga backstretch. The track's barns and sheds are frequented by cats who serve as rodent monitors, shedrow greeters, and assistant trainers.

Some of them, like Rusty and Sarah Arnold's trio of ginger and white felines, ship in and out with the racing stables and seem to consider themselves irreplaceable parts of their humans' training operations. The Arnolds rescued and rehabilitated their furry helpers, who were part of a neglect case in Kentucky, and say the cats have eradicated rodent populations at every track they've visited.

There is another, less-visible group of cats on the backstretch, too—a skittish, seldom-seen resident population of feral felines that don't get the pampering some barn cats occasionally enjoy.

Michele Jennings is part of the joint effort by NYRA, Quaintance House Animal Protective League, and the Moore Foundation to provide supplemental food and medical care to the resident cats. Jennings and other volunteers also provide spay/neuter surgeries and adoption services in an effort to reduce the population of feral cats, which is thought to have totaled 100 or more at one point. Jennings pays daily visits to the 20 or 30 cats now in residence at the Oklahoma Training Center—all year round, rain, shine, or snowstorm.

“I believe that everybody has something they were put on this earth to do to make things better,” Jennings said when asked what keeps her coming back to the backstretch feeding stations each day. “This is mine.”

For those in Saratoga this week, Quaintance House is hosting a fundraiser for its spay/neuter program. Its Saratoga Gala will take place Aug. 15 from 5 p.m. to 9 p.m. at the courtyard of the Inn at Saratoga. The event will include a wine and beer tasting, live music, and a silent auction. See the Quaintance House Facebook page for details.