Stra: All Stewards’ Hearings Should Be Recorded 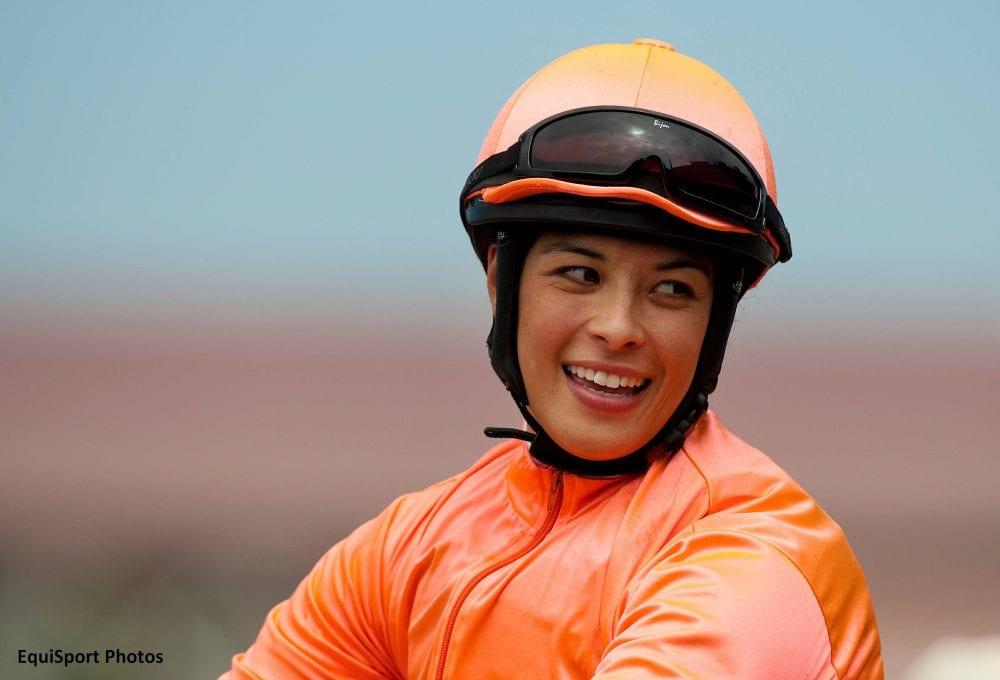 Southern California jockey Kayla Stra said she is “truly disappointed” over a recent controversy concerning her infant child in the jockeys' room at Betfair Hollywood Park.

Stra has brought her son, Brys, to work with her daily, along with his nanny.  According to a newspaper report this week, a misunderstanding between the rider and Hollywood Park stewards blew up into a bigger dispute regarding Stra breastfeeding her baby and changing diapers in the women's jockey quarters.

Stra said stewards told her she had to choose between being a mother and a jockey and that steward Scott Chaney informed her that there were to be no babies in the jocks' room.  Chaney said he set up a separate room for Stra to take care of her child, but California Horse Racing Board chairman David Israel issued a directive condemning that move:

“The CHRB will not tolerate discrimination in any form against anyone for any reason. No special rooms. No one goes to the back of the damn bus. Period,” Israel wrote.  “In order for a new mother to do her job, certain accommodations need to be made. We clearly do not have a nursery at any of our race tracks, and I don't expect them to be constructed any time soon. Not only can a jockey also be a mother, I'd like to encourage women to consider the possibility and the profession. It is the right thing to do and it is good business.

“Reach out to Stra right now, call her in, straighten this out, restore full rights in the jock's room, and then put her on the phone with me so I can apologize to her on behalf of the CHRB. Thank you.”

In an email sent to the Paulick Report late Monday night, Stra thanked the CHRB for its assistance in the matter, reiterated her position about what was said, and called for recordings of all stewards' hearings.  Here is what she wrote:

I would like to express my deepest gratitude towords the CHRB and numerous people in the racing community for the overwhelming support. The racing industry has always been there for me. The racetrack is my life and I have always thought of everyone as my family. Sometimes we can be hard on each other because we want to see the best in one another; and sometimes we just need support.

In some cases judgement and rulings are necessary. I understand, because I take pride in what I do and have always wanted to be a professional who people respect and young children can look up to.

After all is said and done in regards to this issue that has arisen from having my baby in then lady jocks room I hope I can just get back to being 'one of the boys' again.

The only request that I have of the CHRB is to seriously consider vital recording during every hearing in the stewards office as done in every other successful racing country around the world.

To further comment on what is now being said from steward Scott Chaney about a 'misunderstanding'. His exact words to myself were 'There are to be no babies or children in your jocks room or kitchen area anymore, anywhere. No one should be exposed to seeing a babies diaper changed.'

When I explained that I was still also trying to breast feed he had no more to say to me except making it clear that the jockeys are claiming to be professionals so no more children were allowed to be present around our quarters.

I am truly disappointed that this has become such a big issue but I do hope to forgive and forget.