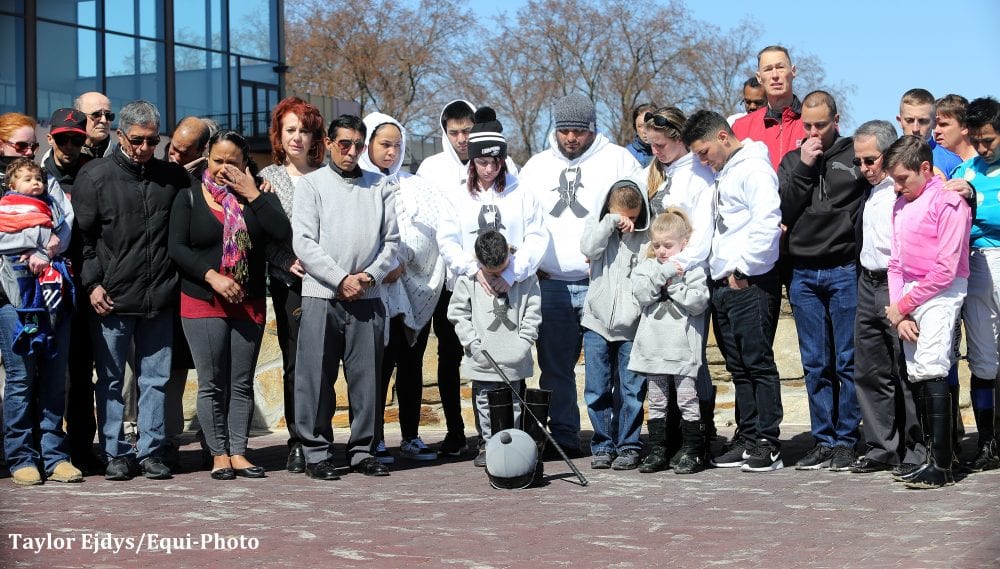 Visitation and a memorial service for jockey Jose Luis Flores is scheduled from 5:30 to 8 p.m. Tuesday on the third floor of the grandstand at Parx Racing in Bensalem, Pa. The visitation and services originally were to be held at Tomlinson Funeral Home but were moved to accommodate the large turnout that is expected.

Flores, 57, died in a Philadelphia hospital on Thursday, three days after suffering severe head injuries in a ninth race accident at Parx. Love Rules, the horse Flores was aboard, was racing for the lead and suddenly fell near the three-eighths pole of the six-furlong race after fracturing its shoulder. The jockey appeared to be struck by a trailing horse.

Flores was in a coma when he arrived at the hospital and placed on life support while family out of state was notified of the gravity of his injuries. He never regained consciousness. On Thursday, after family had arrived from as far away as Florida, the decision was made to remove life support equipment after fulfilling his previous commitment to be an organ donor. Flores died shortly thereafter.

He is the 157th rider to die from from a racing accident since the Jockeys' Guild began keeping track of the grim statistic in the early 1940s, according to Guild's national manager, Terry Meyocks. Mario Chavez, who succumbed to injuries suffered in an accident at Will Rogers Downs in Oklahoma last October, was the last jockey killed in a race.

Widely respected by his peers and a mentor to countless young jockeys who have ridden with him, Flores was inducted in 2013 to the Hall of Fame at Parx, where he was the all-time leading jockey by money won. Flores launched his career in his native Peru and rode in Panama for several years prior to coming to the U.S. in the late 1980s. 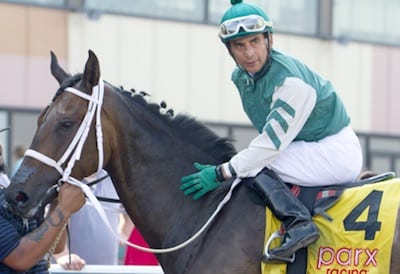 Parx officials cancelled live racing on Tuesday, the day after the accident. When racing resumed on Saturday, a ceremony was held in the winner's circle involving Flores' wife Joanne, their son Julien, two adult sons Junior and Juan, and members of the racing community.

Jockey colonies and racetracks across the country paid their respects in separate ceremonies to honor the fallen rider after word of his death rippled through the industry on Thursday afternoon.

Two fund-raising efforts to assist the Flores family are under way on the Go Fund Me online platform. The first campaign was created by Maria Remedio, a fellow jockey and close friend of Flores widow, Joanne McDaid-Flores. Donations can be made here.

A second campaign was created by the Pennsylvania Thoroughbred Horsemen's Association based at Parx Racing. Donations to that campaign can be made here. The PTHA has also created a separate fund-raising and tribute page on its website that can be accessed here.

The Paulick Report urges its readers to support any one of the abovementioned campaigns.