Who Do You Like? Churchill Downs Trainers Offer Breeders’ Cup Classic Picks 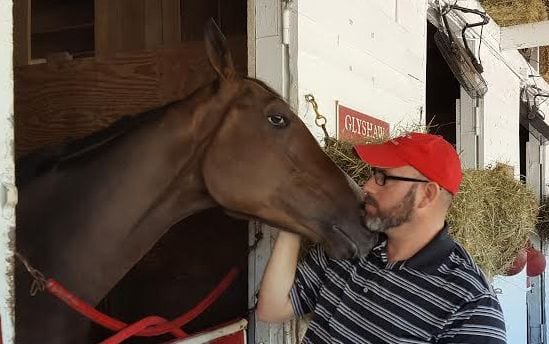 Some of Churchill Downs' top horsemen gave their expert opinion on who they like in Saturday's $6 million Breeders' Cup Classic at Santa Anita. Here's what they had to say:

Trainer Ron Moquett: “I like California Chrome because of the fact that he's a true mile-and-a-quarter horse. I don't know what Arrogate will do when he runs against older horses but we all know what California Chrome can do. First time him stepping up I think he'll either run really great or he'll run into a class barrier but I like that horse and I'm very interested to see how the local guys like Dale Romans do in the Juvenile with Not This Time. I think that he's sitting on a lot of horse.”

Trainer Neil Howard: “It's a great race like all Breeders' Cups are but from what I have seen out of California Chrome though, I think he's hard to go against. At the same time I don't think it would shock anyone if a horse like Arrogate jumped up. It looks like California Chrome has been training well and he just looks phenomenal the way he's been winning his races. He looks like he's been winning with just so much left in the tank.”

Trainer Brad Cox: “I looked at the race a little bit and the Juddmonte horse (Arrogate) is pretty fast. I was taking a glance at his work tab the other day. It looks like it's between him and Chrome, really. I guess it will have a lot to do with the mile-and-a-quarter and how the track is playing. It normally plays pretty fast out there, but I would say that Chrome is tough to beat. I guess that's why he's even money.”

Trainer Chris Richard: “I'm going be original and go with California Chrome. He's been so dominant all year long. He's been so versatile at his home course. It's a lot like what I thought of Nyquist going into the Derby this year. In order to be the best, you have to beat the best. He's been so good all year long. Everybody's tried to take their shot at him and they haven't got it done so I think in the end he's going to be very difficult to outrun.

Trainer William “Buff” Bradley: “I like that horse of Baffert's (Arrogate) and I think that just going off of his last race he looks like a horse that's improving and coming around and I think he'll be ready to go.”

Trainer Dan Peitz: “California Chrome has been so just do damn good all year long I don't know how you could go against him. I don't know if I have a reason other than that, he's been so dominant all year. I feel like he's going to win it.”

Trainer Chris Hartman: “I love California Chrome. That's the horse. He's the best horse in training. If they let him, I think he could win by eight.”

Trainer Steve Hobby: “I'm torn between California Chrome and Arrogate. If he runs the way he did in the Travers I don't think anybody can beat him, but can he do it again? I don't know. Chrome has been just so consistent all year long. If you pinned me down I guess I would go with the older horse.”

Trainer Al Stall, Jr.: “I definitely like California Chrome on his home track. They've done right by the horse and given him a good break and he's come back and rewarded them and I just think if he breaks, no one can keep up with him and no one catch him late. Since he's come back he's really moved away from them every single time.”

Trainer Randy Morse: “California Chrome is a cinch. He's head and shoulders better than the rest are and he's in his backyard.”

Trainer Gary “Red Dog” Hartlage: “I'm going to go with California Chrome and Baffert. His horse is undefeated going around two turns. He won the Travers by a huge margin. I know it's a long time in between races but it's about the same time American Pharoah got off before he won last year.”

Trainer Paul McGee: “I'm going to try and beat Chrome because of the price, but I'm not sure who yet. I'll tell you one thing, I think Masochistic is going to smoke them in the Sprint. He's a fast horse.”

Trainer Tim Glyshaw: “I don't know how you could pick against California Chrome. I suppose you could use Baffert's horse (Arrogate) the way he ran at Saratoga but California Chrome has really proven himself. I'd like to see Mike Maker's Da Big Hoss do well in the Turf just because he always beats our horse Bullards Alley and it would make us look a lot better, but that's a tough race too.”

Trainer Eddie Kenneally: “I like California Chrome because he is the best horse in the race and I like Flintshire and Highland Reel in the Turf, in that order.”