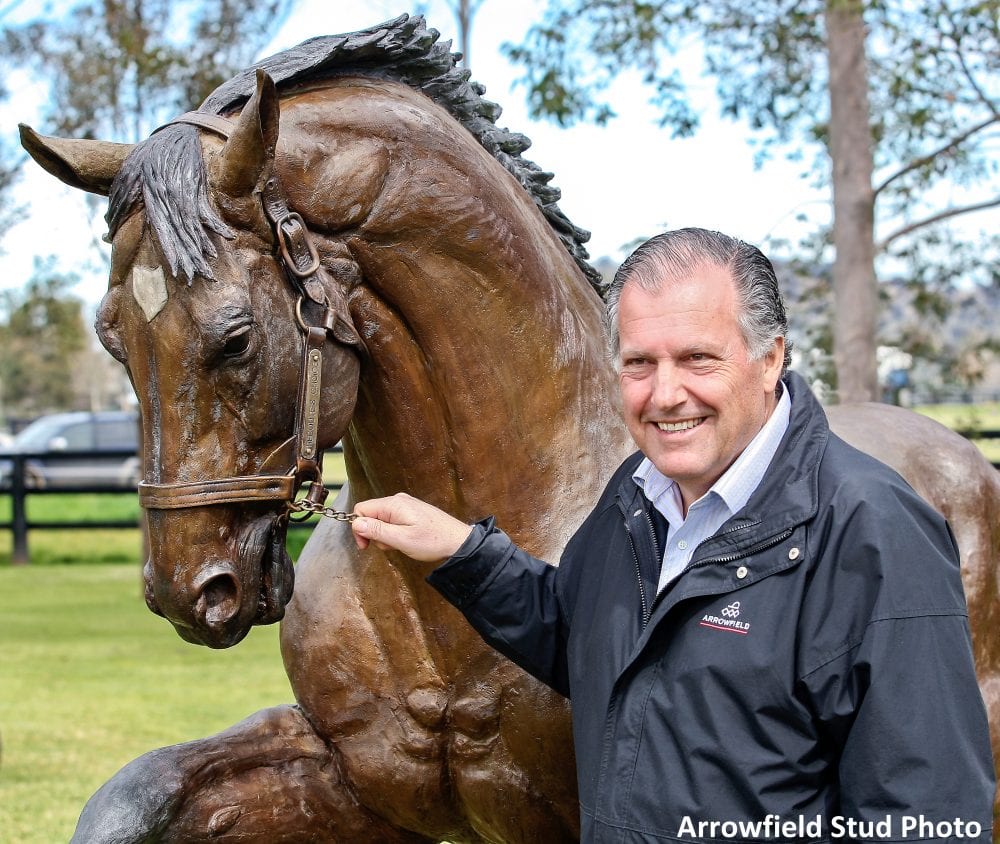 Industry leader John Messara has been chosen to receive the 2019 Longines and IFHA International Award of Merit, which recognizes distinguished horsemen and horsewomen for lifelong contributions to Thoroughbred racing. He will be honored during a ceremony Thursday, 11 April, in advance of the Longines Queen Elizabeth Stakes (G1) that Saturday in Sydney.

Representatives from both Longines and the International Federation of Horseracing Authorities (IFHA) will be in Australia to celebrate Messara's achievements. As the Official Partner and Official Watch of the IFHA, Swiss watchmaker Longines and the IFHA conjointly created the Award of Merit in 2013 in order to honor public figures for their outstanding contribution to the world of horse racing.

Messara has been a key figure in Australian racing for more than three decades, and he is the owner and chairman of Arrowfield Stud in New South Wales. The highly successful and respected farm, which was founded in 1985, identified, purchased and launched the career of breed-shaping champion sire Danehill in Australia and now stands his champion sire son Redoute's Choice and champion sire grandson Snitzel.

Previous accolades Messara has received include Life Membership of the Australian Turf Club (2016), the Thoroughbred Breeders NSW inaugural Heroic Award (2011), and appointment by the Australian government in 2008 as a Member of the Order of Australia (AM).

Messara, who was born in 1947, attended the University of New South Wales. After graduating in 1968, he commenced work with Edwin V Nixon & Partners (Arthur Young & Co), chartered accountants, before joining the firm of Ralph King & Yuill, Member of the Sydney Stock Exchange, and establishing their European branch in Geneva, Switzerland. He returned to Australia and was elected a Member of the Sydney Stock Exchange in 1973.

Messara is the first Australian to receive the Longines and IFHA International Award of Merit. Previous winners include the Magnier family and trainer Aidan O'Brien, the driving forces behind Coolmore and the Ballydoyle Racing Stable in Ireland; Yutaka Take, legendary Japanese jockey; the Romanet family, long renowned leaders in both the French and international world of horseracing; Jim Bolger, leading Irish trainer, owner and breeder; Alec Head, past champion trainer and patriarch of prominent stud farm Haras du Quesnay; Seth Hancock of historic Claiborne Farm in America; and the late Marcel Zarour Atanacio, former chairman of the South American organization for the promotion of Thoroughbreds (OSAF).