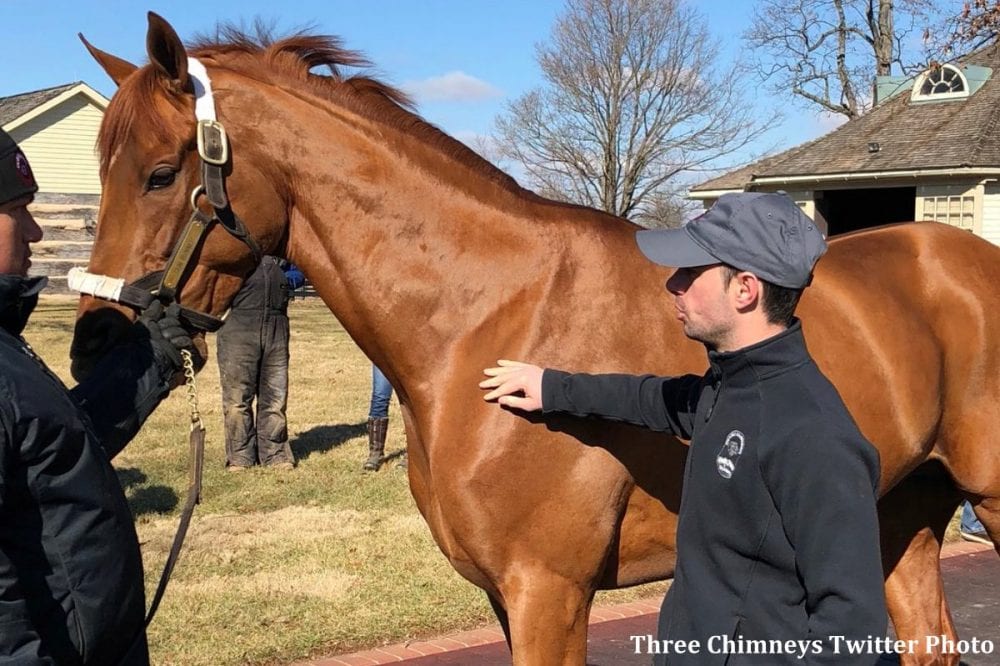 With 2017 Horse of the Year and Grade I Pegasus World Cup victor Gun Runner's racing career in the rearview mirror, jockey Florent Geroux took some time to talk about what the horse meant to his riding career and how special he really was.

Geroux began riding Gun Runner at the beginning of his 3-year-old campaign, which began with wins in the Risen Star and Louisiana Derby, both Gr. II events at the Fair Grounds Race Course & Slots. Since then, he guided the champion in every race he ran which included six Grade I victories – the Clark Handicap at Churchill Downs in Nov. 2016, the Stephen Foster Handicap at Churchill Downs on Jun. 17, Saratoga's Whitney Handicap (Aug. 5) and Woodward Stakes (Sept. 2), the Breeders' Cup Classic at Del Mar on Nov. 4 and last Saturday's Pegasus World Cup at Gulfstream Park.

“He has a desire of winning races,” Geroux said. “He is a very talented horse form the beginning and it got better with age. I'm glad that I was on his back for all of his big wins. It was very exciting. (I was) even money in the richest race in the world, but before the race you just have to focus on your horse. You're not counting money or big purses or stuff like that. You just need to let him be where the horse wants to be.”

In the beginning stages of Gun Runner's swan song, Geroux did just that. Coming out of the gate, he immediately crossed right over from post ten to the inside to get him a favorable position up front, where he sat just off of pacesetter Collected.

“Going a mile and an eighth at Gulfstream with an outside post can be very tricky,” Geroux said. “Horses can get hung very wide going into the first turn and so it was very important to get a good start and I tried to cross over if I could.”

Following the Pegasus World Cup, Gun Runner shipped to Three Chimneys Farm in Kentucky, where he will begin a new career as a stallion. Geroux paid him a visit at the farm to see how he had acclimated to his new life.

“I went to see him (at Three Chimneys Farm) after the Breeders' Cup and he looked just as good after the Pegasus World Cup as he did after the Breeders' Cup Classic,” Geroux added. “That's what made him so special, he was so consistent throughout his racing career just because he was coming back from the races in great shape and has been in great care. He's just always been a very healthy horse.”

While Saturday proved to be quite an incredible day for Geroux, the excitement did not end there. The following day, he shipped to Sam Houston to ride Tiger Moth to victory the Gr. III Houston Ladies Classic.

“It was definitely a big weekend,” Geroux said. “Tiger Moth ran well last year and she was already a graded stakes winner and we were excited with her. We thought we had a good chance coming into the race but to win it was another thing and she was going to make it happen.”