Geroux ‘Excited’ About First Fourth Of July As A U.S. Citizen 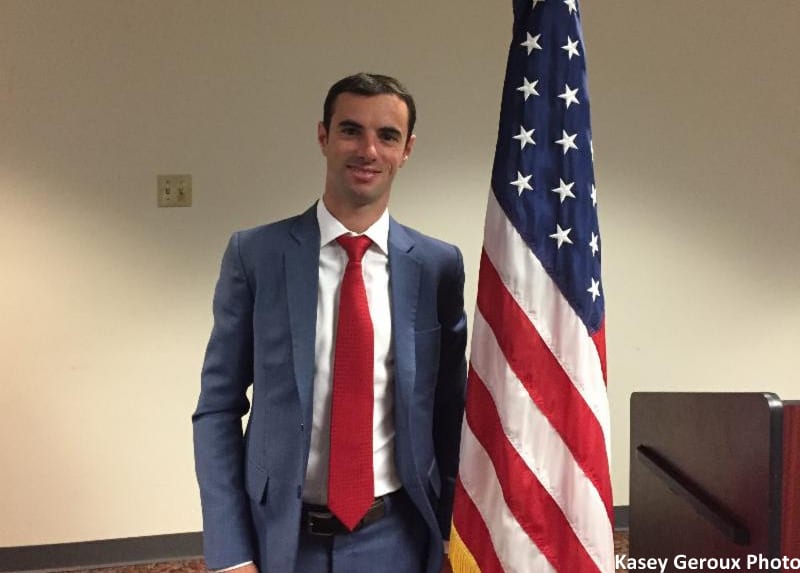 Florent Geroux at his May 23 naturalization ceremony in Louisville

When Kentucky Oaks-winning jockey Florent Geroux rides at Ellis Park on Wednesday's special Independence Day program, he'll be celebrating his country's birthday along with everyone else.

This is the first July 4 for the French-born Geroux as a United States citizen, having taken the Oath of Allegiance at the naturalization ceremony May 23 in Louisville.

“It means a lot,” Geroux, whose $13.4 million in purse earnings so far this year lead North America, said Sunday after riding at Ellis Park for the first time in his career. “I've been here for a while and my wife (Kasey) is from here. My kids were born here. So it means a lot. It took a while to get that, but I finally got citizenship. I'm excited about my first Fourth of July as a citizen.”

Geroux will again spend the summer riding at Saratoga before returning to Kentucky in September. But he rode Sunday and will again Wednesday at Ellis Park for one of his main clients, Brad Cox, for whom he rides Kentucky Oaks winner Monomoy Girl.

Geroux came to America in 2008. He waited for the oral-test portion of the citizenship process for more than a year. When it finally was scheduled, it landed Jan. 26 — the day before he was to ride Horse of the Year Gun Runner in Gulfstream Park's $16 million Pegasus World Cup, the world's richest race. The scheduling prevented him from attending the Eclipse Awards in Florida, where Gun Runner officially was crowned the best horse of 2017, as he had to be in Chicago for the test the next morning.

The test, however, did not take long once it started. Geroux said applicants must have the correct answer to six of 10 questions. After he went 6 for 6 — “I studied pretty good. If you do a little bit of your homework, it's very simple” — he said the officials told him that he'd passed and didn't give him the four remaining questions. The jockey flew to Florida to ride Gun Runner, who won the Pegasus to pick up $7 million and retire with earnings of $15,988,500, the second-most in history behind Arrogate's $17.4 million.

Geroux had to pass on two out-of-town naturalization swearing-in ceremonies because of his riding schedule. The next available day turned out to be a non-racing day in Louisville, his residence the past few years since relocating from Chicago.

“It was great,” he said. “I was able to do it in Louisville, and my wife and family were able to come. It was nice. It's a big deal.”

Geroux had a third out of two mounts Sunday at Ellis. He rides three more Wednesday. All the races were or are on turf and for Cox.

“I thought the turf course was in real good shape,” Geroux said Sunday. “I didn't get a chance to ride on the main track. But both of my horses hadn't run for a year, so they had an excuse. One of them was third and should be very tough next time out. I've got a few more to ride here, and I'm looking forward to getting my first win at Ellis.”