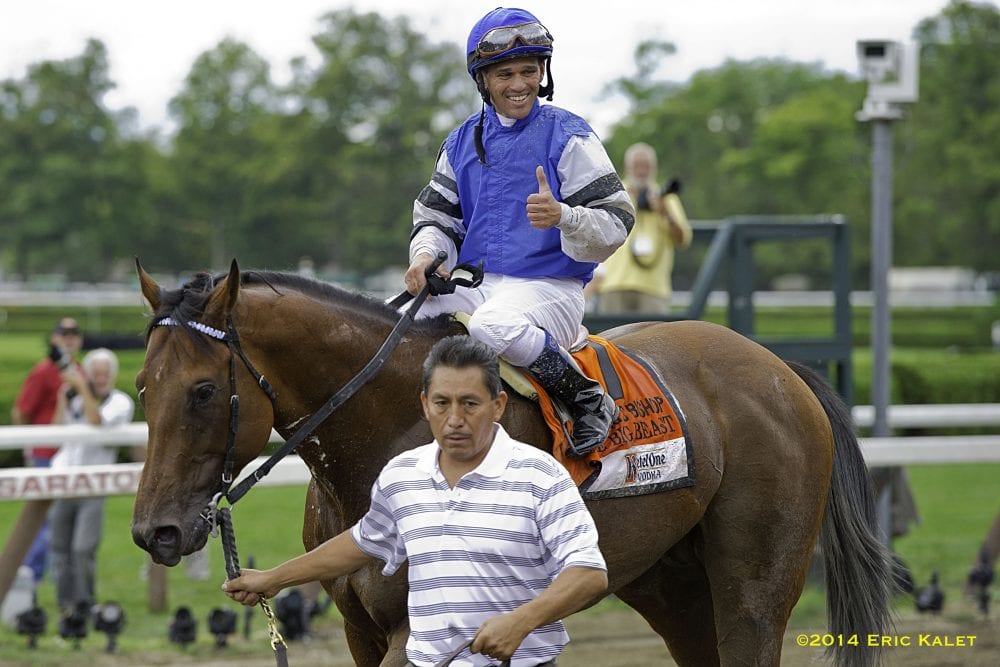 Trainer Tony Dutrow has started to formulate plans for several of his top horses at Oaklawn Park, including Grade 1 winner The Big Beast. Dutrow, based this winter in Arkansas, said the major spring objective for The Big Beast is the $300,000 Count Fleet Sprint Handicap (G3) April 9 at Oaklawn.

The 4-year-old son of Yes It's True returned to the work tab Jan. 7 at Oaklawn, posting a 3-furlong bullet (:36.40). Dutrow said he plans to work The Big Beast a half-mile later this week and have one yet-to-be determined prep for the 6-furlong Count Fleet.

“He's filled out,” Dutrow said. “He's a big horse, but all athlete. Nothing bulky about him.”

Dutrow said Arkansas Derby candidate I Spent It is “doing fantastic,” but isn't close to a comeback race.

A Grade 2 winner last summer, I Spent It had a small bone chip removed from a knee, Dutrow said, following a sixth-place finish in the $500,000 Champagne Stakes (G1) Oct. 4 at Belmont Park.

I Spent It was the first winner sired by 2010 Kentucky Derby winner Super Saver.

Dutrow said he hopes to run Embellish The Lace in an entry-level allowance race Saturday. The filly, who broke her maiden Dec. 13 at Parx, worked a half-mile in :49.60 Tuesday.

Dutrow, who last had a division at Oaklawn in 2011, has 15 horses now in Hot Springs and most are 3-year-olds.

“We love it here,” Dutrow said. “We've got a great barn. Our horses are doing super. We love the town. The people treat us fantastic. Where do I stop?”

This entry was posted in People and tagged Horse Racing, I Spent It, oaklawn park, the big beast, thoroughbred, Tony Dutrow by Press Release. Bookmark the permalink.
Twitter