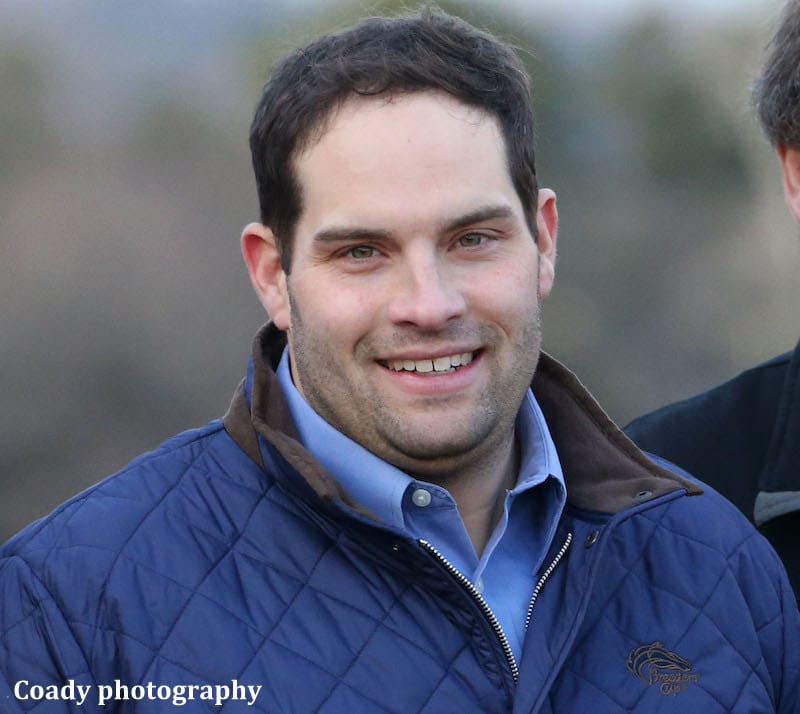 Brad Cox edged Hall of Famer Steve Asmussen to claim the top prize in the Maryland Jockey Club's $100,000 bonus program offered to trainers for their participation in stakes races over Preakness weekend at Pimlico Race Course.

Cox led the way with 36 points, three more than two-time defending champion Asmussen, to earn a $50,000 bonus. In his Triple Crown race debut, Cox ran third and fourth, respectively, with Owendale and Warrior's Charge in the 144th Preakness Stakes (G1) May 18, won by War of Will.

To be eligible, trainers had to run a minimum of five horses in 16 stakes races during Preakness weekend. Points were accumulated for finishing first (10 points), second (seven), third (five), fourth (three) and having a starter (one) among the 16 stakes, nine graded, worth $3.95 million in purses.

Bonus money totaling $50,000 was also offered for trainers having the most points in non-stakes races during Preakness weekend, with points accumulated in similar fashion. Ron Moquett finished first with 20 points, earning the top bonus of $25,000.