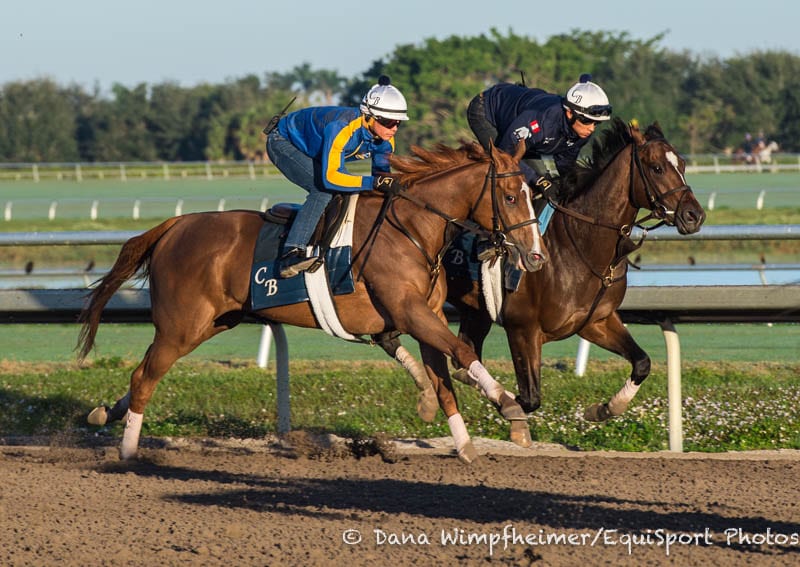 “She worked a very strong five-eighths and galloped out a very strong three-quarters. She seems to be doing very, very well,” Brown said. “Each week her breezes get a little bit stronger. She hasn't missed a beat since she's been in the barn.”

Stellar Wind was purchased by M.V. Magnier for $6 million at the Keeneland November Sale just days after finishing a troubled eighth in the Breeders' Cup Distaff (G1) at Del Mar. The daughter of Curlin, who has won 10 of 16 races and more than $2.2 million in purses, had previously won three consecutive Grade 1 stakes.

“She's all class. We're not trying to reinvent the wheel here. We're just trying to keep her happy and she's been a real sound horse since arriving,” Brown said. “She was obviously well taken care of her whole career. She's been just a real pleasure to have in the barn. She's a terrific addition to our stable.”

“We're excited about her chances in the Pegasus,” Brown said. “It's a tall order. It's a tough, tough race, but she couldn't be doing any better.

.@PegasusWorldCup contender, Stellar Wind (inside), worked 5 furlongs in 1:00.60 with Shagaf at Palm Meadows on January 14th, 2018 for trainer @ChadBrown. pic.twitter.com/xRDvH9YohY