Clark Handicap: Seeking The Soul ‘Getting Better As The Year Goes On’ 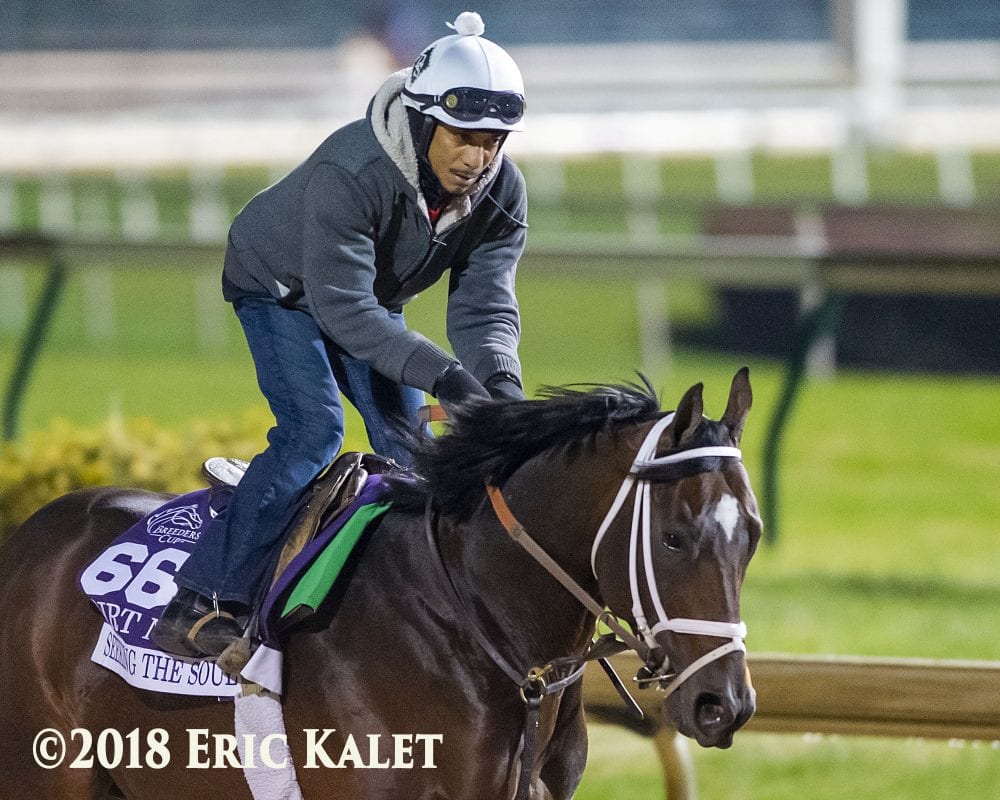 Charles Fipke's 2017 Clark Handicap presented by Norton Healthcare (Grade I) winner Seeking the Soul completed his final major preparation to defend his title in the 1 1/8-mile race with a half-mile breeze in :48.80 Saturday morning at Churchill Downs.

“We actually planned on working him at 5:30 a.m. (all times Eastern) but there was so much fog we couldn't see anything,” said trainer Dallas Stewart, who moved Seeking the Soul's breeze to 9 a.m. “It was a good work. He probably could've went faster if we asked him to but he didn't need to go any faster since he just ran a couple of weeks ago.”

Seeking the Soul began his 2018 campaign with a lackluster fifth-place finish in the $16 million Pegasus World Cup (GI) at Gulfstream Park. Following that race, Stewart gave the 5-year-old a break to heal a minor ankle injury but he resurfaced at Indiana Grand on July 14 with a runner-up finish in the $100,000 Schaffer Memorial. Most recently, the Kentucky-bred finished second in the Breeders' Cup Dirt Mile (GI) at Churchill Downs.

“He's just getting better as the year goes on,” Stewart said. “Similar to his campaign last year when he won the Clark, he was peaking during this time. I would've liked to him to have had a shot to run in the Classic but it is what it is. Hopefully he runs well in the Clark and he can get another shot at the Pegasus in January.”

Jockey John Velazquez, who was aboard Seeking the Soul for his half-length win in the Clark, will have the riding assignment again this year, according to Stewart.

Also breezing Saturday morning at Churchill Downs in preparation for the Clark were Loooch Racing's allowance winners Sightforsoreeyes and Storm Advisory. Pennsylvania-bred Storm Advisory was the first to work at 8 a.m. and recorded a half-mile in :47, the fastest of 33 recorded at the distance. In the next set, former $35,000 claimer Sightforsoreeyes worked the second-fastest half-mile of the morning in :47.60.

Entries for the Clark Handicap will be drawn Sunday.