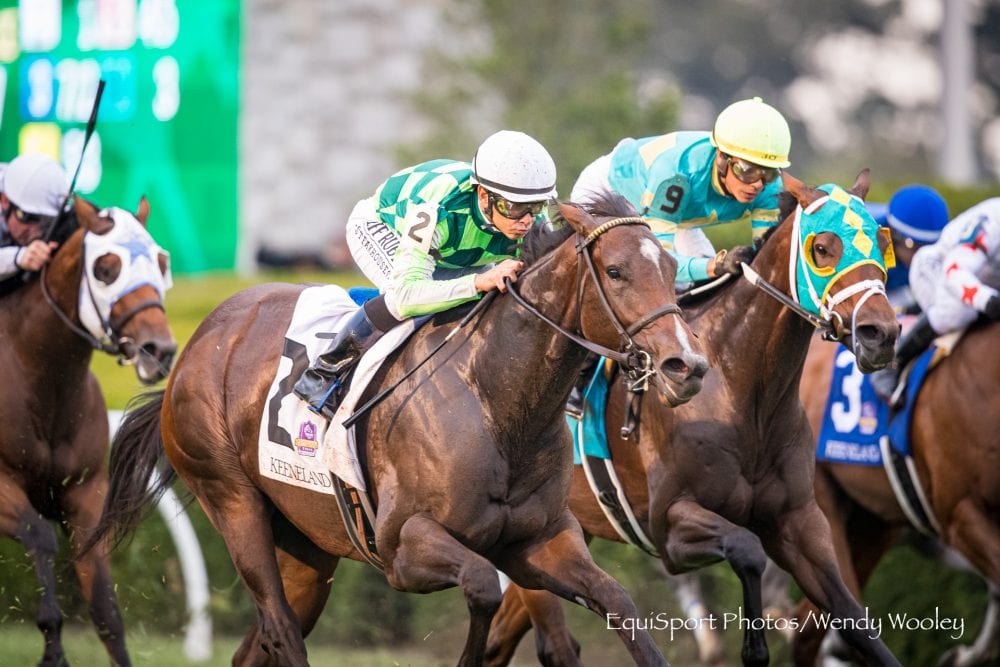 Trainer Wesley Ward, who sent out the unbeaten filly Cambria to beat the boys in the $500,000 Kentucky Downs Juvenile Turf Sprint, won Keeneland's $200,000 Indian Summer Stakes on Sunday with another filly as Kimari out-finished Chimney Rock to prevail by a half-length. The favorite under Hall of Famer Mike Smith, Kimari earned a fees-paid spot in the Breeders' Cup Juvenile Turf Sprint.

Kimari was bumped at the start and was last of nine 2-year-olds for more than half of the race before rolling through the stretch to run down Chimney Rock in the final strides.

Owned by David Mowat's Ten Broeck Farm, Kimari's only defeat in four starts was a second by a head in the Group 2 Queen Mary at Britain's Royal Ascot meet, where she faced a 25-horse field.

Earlier Sunday, the Ward-trained colt Four Wheel Drive powered to a three-length victory in Belmont Park's Grade 3 Futurity. Ward said Four Wheel Drive, a son of 2015 Triple Crown winner American Pharoah, could run in the Breeders' Cup Juvenile Turf Sprint or stretch out to a mile in the Juvenile Turf.

Cambria, now 3 for 3, is training up to the Breeders' Cup Juvenile Turf Sprint.