Tapwrit ‘Full Of Himself’ In Final Work For Whitney 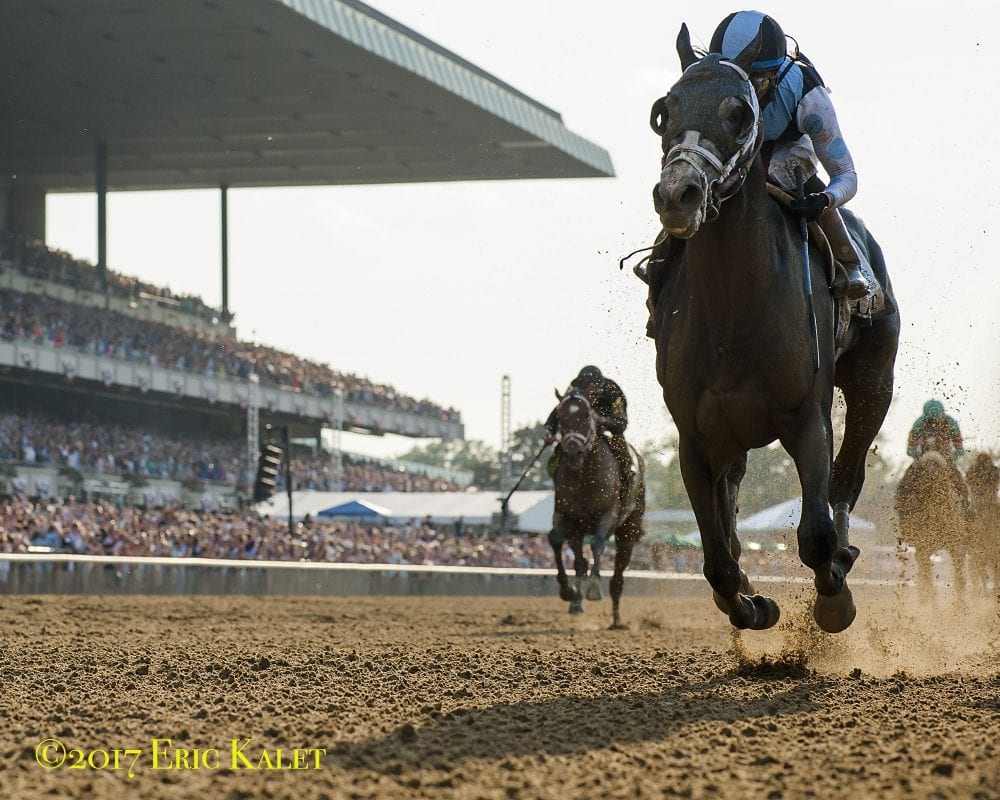 Tapwrit turned in his final official workout for next Saturday's Grade 1, $1.2 million Whitney, breezing four furlongs in 49.11 seconds on the Oklahoma training track at Saratoga Saturday morning. The Whitney is a “Win and You're In” for the Breeders' Cup Classic.

Ridden by Hall of Famer John Velazquez, Tapwrit worked outside of Argentine import Village King and finished on even terms with his stablemate.

“I thought Tapwrit breezed well,” said Todd Pletcher, who trains the 4-year-old for Eclipse Thoroughbred Partners, Robert LaPenta, Bridlewood Farm, Gainesway Stable, and Whisper Hill Farm. “A good, solid, progressive breeze with a good gallop out. He was full of himself and he's doing well.”

Tapwrit is seeking his first victory since his triumph in the 2017 Grade 1 Belmont Stakes. The gray son of Tapit has raced twice this year, finishing third in an optional claimer in June at Belmont Park and a flat fifth as the favorite in the Grade 2 Suburban on July 7.

“I was disappointed with the Suburban outcome,” said Pletcher. “He was training well going into that, but it was only his second start off a pretty lengthy layoff. Sometimes you get a surge in your third start off the layoff, and based on his breezes following the Suburban, I'm optimistic he'll have an improved effort.”

Village King, who is unraced in the United States, has now worked seven times over the Oklahoma surface for Pletcher. The bay son of Campanologist won a pair of group stakes in Argentina, including the Group 1 Jockey Club, before finishing third in the 2017 Group 1 Carlos Pellegrini in his final start in his native country.

Pletcher will saddle China Horse Club, Madaket Stables, and Mathis Stable's Ivy Bell, second in the Grade 1, 1 1/16-mile Ogden Phipps on June 9 at Belmont, in the Grade 3 Shuvee Handicap on Sunday. Ivy Bell, whose top victory to date came at seven furlongs in the Grade 1 Humana Distaff in May at Churchill Downs, will be making her first start around two turns in the 1 1/8-mile Shuvee.

“She has some impressive breezes coming into [the Shuvee], and she has always galloped out strong, so that's why we want to stretch her out one more time,” said Pletcher. “There is a lot of pace, I think, for a mile and an eighth, so we want to see what kind of position she's able to get comfortable with.”

Pletcher added that he plans to run Hard Study in the $100,000 Birdstone on August 2 and Outplay and Patch in the restricted $100,000 Alydar on August 5