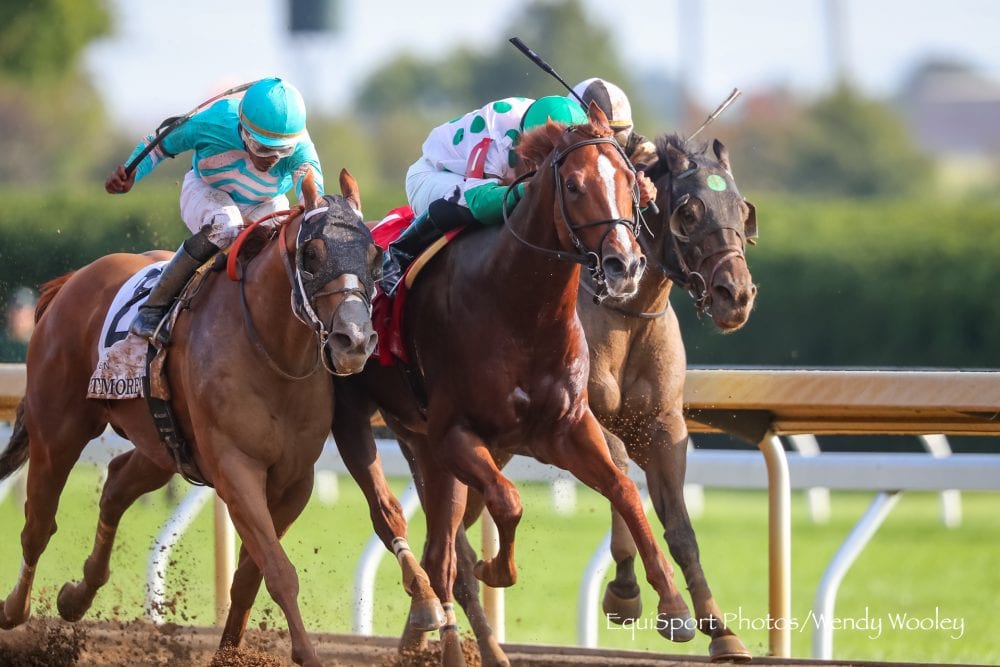 Robert Baron's Promises Fulfilled extended his win streak to three races in a row on Friday, hanging on to win by a neck as the 1-2 favorite in the G2 Stoll Keenon Ogden Phoenix. Ridden by Luis Saez for trainer Dale Romans, the 3-year-old son of Shackleford covered six furlongs over Keeneland's fast main track in 1:09.05. The win earned Promises Fulfilled an expenses-paid berth in the Breeders' Cup Sprint next month at Churchill Downs.

“He's a really nice horse,” Saez said. “When he broke from the gate, he did everything perfect. He always fires. When he came to the straight, he didn't let the other horse (Whitmore) pass. He always wants to win.”

Promises Fulfilled jumped out of the gate on top, and was nearly immediately pressured by Heartwood through early fractions of :22.50 and :45.09. Whitmore kept close tabs on the leaders from third position, while Limousine Liberal traveled alongside Dalmore at the rear of the five-horse field.

Whitmore came up to challenge Promises Fulfilled in the turn for home, but the sophomore colt repelled his challenge through the length of the stretch to win by a neck on the wire. Limousine Liberal struggled with traffic all the way down the lane, but was beaten just a half-length for everything to finish third.

Bred in Kentucky by David Jacobs, Promises Fulfilled was a $37,000 yearling at the Keeneland September sale. He won his first two starts, then kicked off his 3-year-old campaign with a win in the G2 Fountain of Youth. Kept on the Derby trail, Promises Fulfilled wound up finishing 15th in the Run for the Roses. Backed up to sprint competition, the colt has won three of four starts to improve his overall record to six wins from 10 starts and earnings of over $900,000.

“I'm sure we will (go to the Breeders' Cup),” Romans said. “We still have to pay the supplement – he wasn't nominated. But that went a long way to putting us in today. Now we have to decide what's the best place to put him, the (Dirt) Mile (G1) or the Sprint (G1).

“We've got a little time to think about it, talk about it. I don't think he's restricted to going three-quarters of a mile. I think he'll be good at any distance. We'll talk about it. We're just happy to get this big win. This is a good enough win in its own right. Not worrying about the next one yet.”