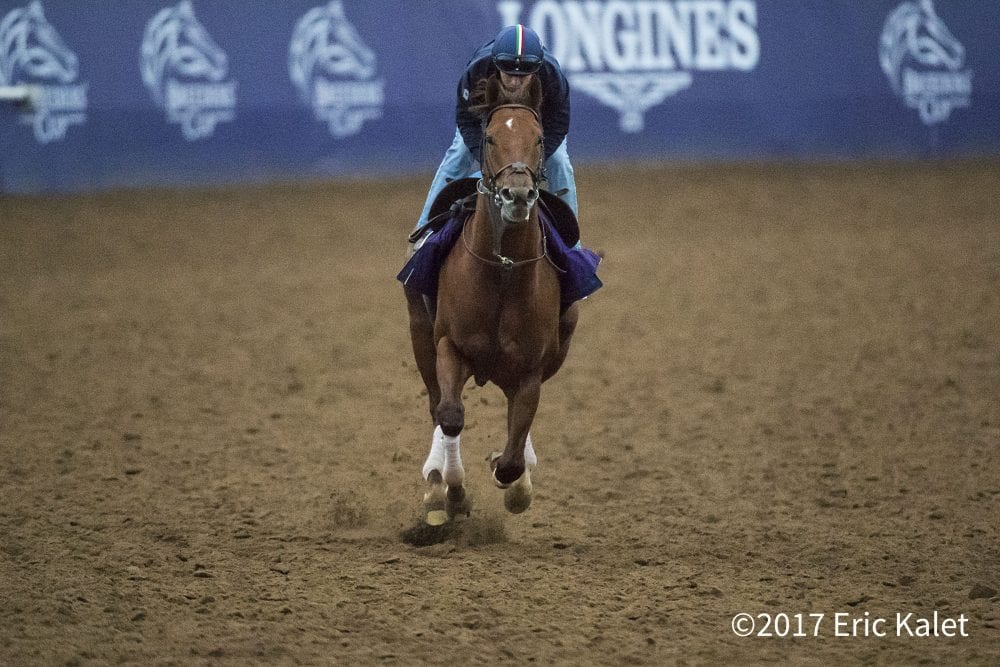 Accelerate at Del Mar prior to the Breeders' Cup

The work was the fastest of 69 at the distance.

“I had him in a minute. He went very well,” Sadler said.

In the winner's circle after the San Diego, Sadler said he'd see how Catalina Cruiser and Accelerate trained before deciding upon a single entrant for  the $1 million TVG Pacific Classic on August 18. Sunday morning, he indicated the nod would go to Accelerate.

“Accelerate will go in the Pacific Classic, that's the plan,” Sadler said. Asked about the possibility of sending Catalina Cruiser to the East for a major stakes, Sadler said: “Could be, but I really haven't thought much about it. I haven't thought about much beyond (the San Diego performance).”

The two winners saddled by Sadler on Saturday were Nos. 445 and 446 at Del Mar and moved him past Ron McAnally (445) into third place on the track's all-time list behind Bob Baffert (480) and Mike Mitchell (476).