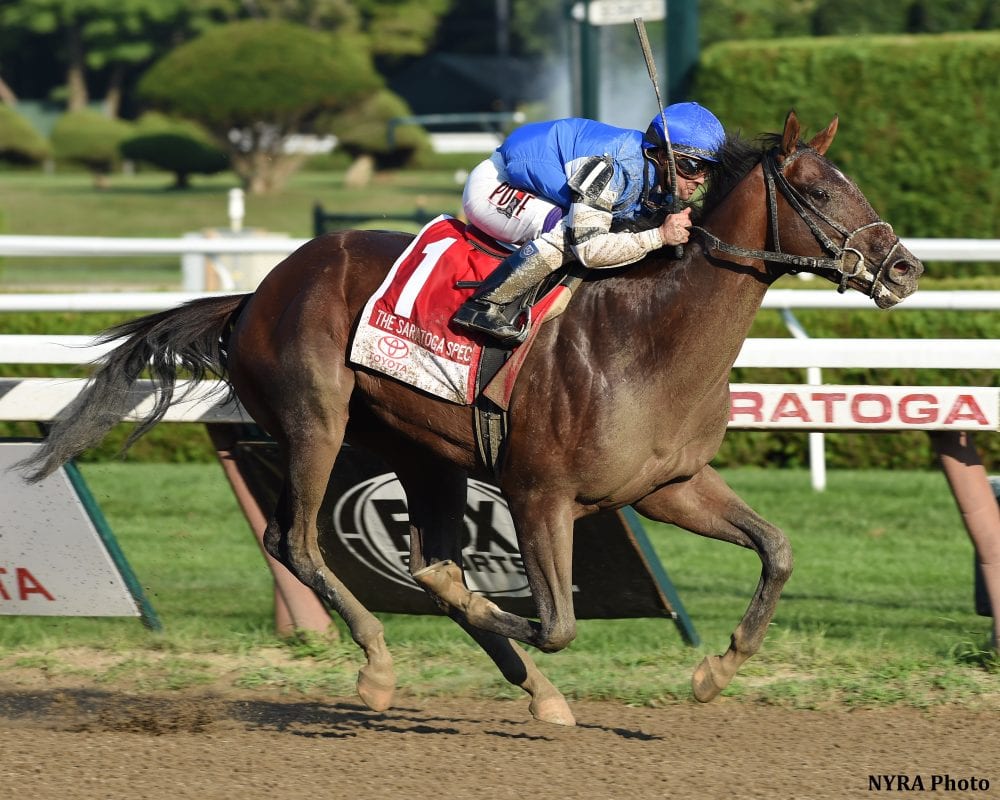 I Spent It, Super Saver's juvenile son that won last year's Saratoga Special S. (G2), has been retired from racing and will stand in 2016 at J. Michael O'Farrell's Ocala Stud in Florida. A fee will be determined and announced soon.

“I Spent It was a tremendously-gifted two-year-old, and he looks like what you would expect of a $600,000 juvenile when you see him physically,” said O'Farrell. “He represents the first graded stakes winner sired by Super Saver, who is emerging as the best Kentucky Derby winner the industry has seen at stud since Seattle Slew. So we think I Spent It is a very exciting and current horse for the Florida market, and breeders are going to gravitate to this horse when they see him. We want to thank Mr. and Mrs. Lieblong and Three Chimneys for the opportunity to stand I Spent It at Ocala Stud.”

A $600,000 two-year-old-in-training purchase, I Spent It broke his maiden first-time out in a $75,000 Maiden Special Weight heat at Belmont last July as a juvenile, zipping five furlongs in 58 seconds flat.

A month later, the bay colt shipped up to Saratoga to capture the $300,000 Saratoga Special S. (G2), overcoming a troubled trip to impressively draw off by 2 ¾ lengths over Mr. Z in the stretch. He stopped the clock in 1:16.79 for 6 ½ furlongs, earning an 85 Beyer for the performance.

Trained by Tony Dutrow, I Spent It was runner-up in the prestigious seven-furlong Hopeful S. (G1) in his next start at Saratoga, and closed out his two-year-old campaign weighted at 116 lbs. on the 2014 Experimental Free Handicap.

I Spent It, who hails from the first crop of emerging sire and Kentucky Derby winner Super Saver, retires with earnings of $347,640 for owners Alex & JoAnn Lieblong and Three Chimneys Farm. He's out of the Sky Mesa mare Rateeba, and is from the immediate family of Dixie Union.

For more information about I Spent It, please contact David or Joe O'Farrell at 352-237-2171, or visit OcalaStud.com.