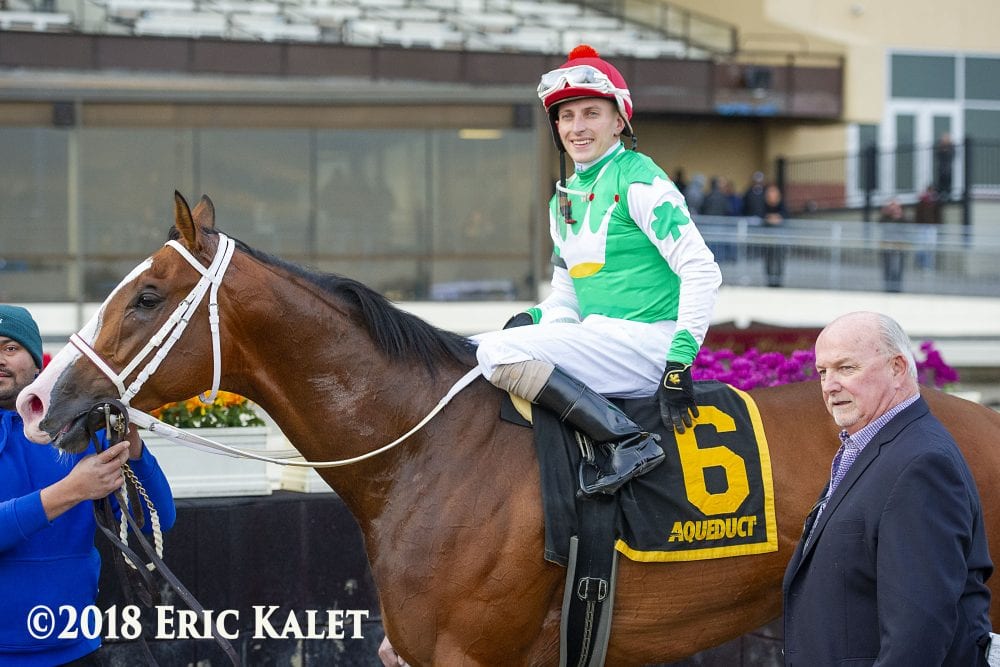 Maximus Mischief, the winner of last year's Grade 2 Remsen Stakes, has been retired from racing due to a soft tissue injury, Daily Racing Form reports.

Trainer Butch Reid told DRF's Jay Privman that the 3-year-old Into Mischief colt was taken out of training following the G2 Holy Bull Stakes at Gulfstream Park on Feb. 2, and the trainer did not feel confident that the horse could return at the same level.

Stallion plans are still to be figured out for Maximus Mischief. In the meantime, he is available for inspection by breeders at Eisaman Equine in Ocala, Fla.

Owned by Cash Is King LLC and LC Racing, Maximus Mischief won each of his first three career starts. The first two came at Parx Racing, taking his debut by 8 3/4 lengths, then following up with a six-length allowance score. He made the jump to graded stakes competition for the Remsen in his third start, which he won by 2 1/4 lengths.

Maximus Mischief made his 2019 seasonal bow in the Fountain of Youth, where he ran an even third behind Harvey Wallbanger and Everfast. He came out of the race with the injury that ultimately ended his career.

Bred in Kentucky by Martha Jane Mulholland, Maximus Mischief is out of the winning Songandaprayer mare Reina Maria. Grade 1 winner Secret Compass and classic-placed Mylute are in his extended family.