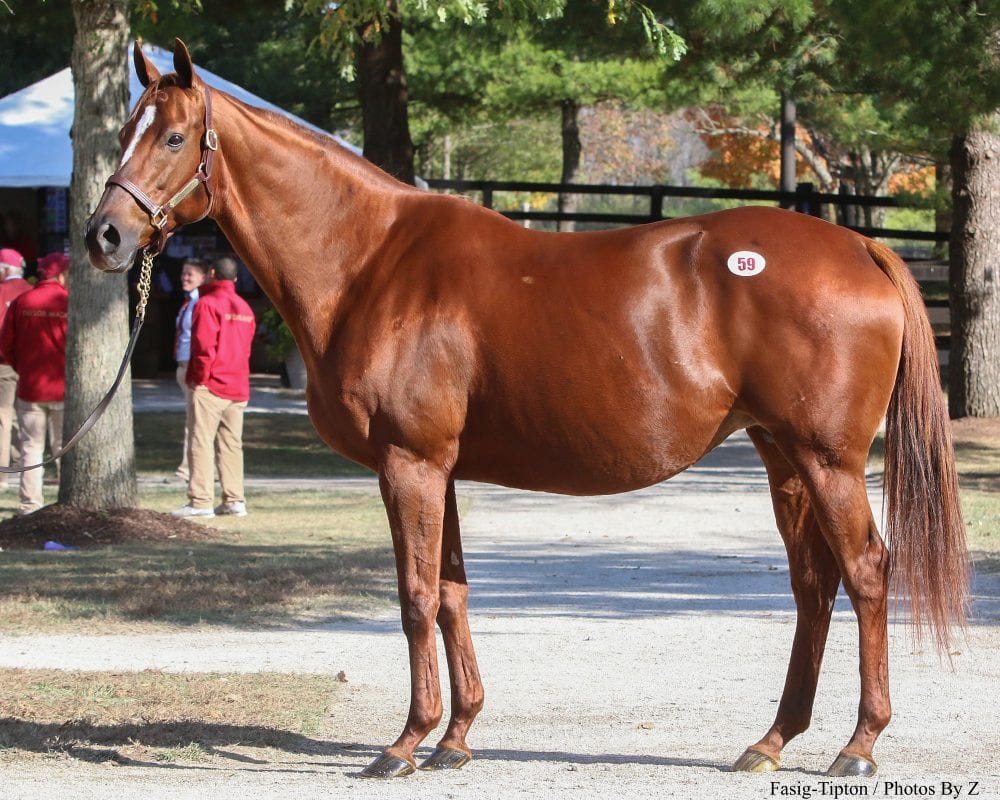 Tom Ryan of SF Bloodstock announced the plan as part of a series of mating announcements on Twitter for the operation's broodmare band. Accelerate, a son of Lookin at Lucky, will take up residence at Lane's End in Versailles, Ky., following a final start in the Pegasus World Cup Invitational.

“A great looking colt that's done it the hard way, has proven his mettle and clearly has our full attention,” Ryan said in a tweet.

Love the Chase, a 13-year-old Not for Love mare was purchased by SF Bloodstock for $1.95 million at the 2016 Fasig-Tipton Kentucky Fall Selected Mixed Sale, in foal to Tapit. She was owned during her on-track career by Perry Martin and Steve Coburn, who initially owned a small portion of the mare as part of the Blinkers On Racing Stable partnership, then bought out their partners for $8,000 following a maiden claiming win. Her first foal was by California sire Lucky Pulpit which became California Chrome.

Martin and Coburn moved Love the Chase from California to Taylor Made Farm in Nicholasville, Ky., ahead of the 2016 foaling season, around the time the farm purchased an interest in California Chrome. The Tapit colt that was in-utero when the mare sold to SF Bloodstock later brought $1.1 million at last year's Keeneland September Yearling Sale.

Love the Chase was offered at last year's Fasig-Tipton November sale, but she finished under her reserve with a final bid of $1.3 million. Her weanling Pioneerof the Nile colt sold to Larry Best's OXO Equine for $600,000 at the same sale.

Accelerate has won 10 of 22 career starts for earnings of $5,792,480. In addition to his Breeders' Cup Classic score, the 6-year-old's victories include the Grade 1 Pacific Classic, Awesome Again Stakes, Santa Anita Handicap, and Gold Cup at Santa Anita Stakes, as well as the G2 San Pasqual Stakes, San Diego Handicap, and Los Alamitos Derby.

Bred in Kentucky by Mike Abraham, Accelerate is out of the stakes-placed Awesome Again mare Issues.

Accelerate will stand for an advertised fee of $20,000 in his debut season at Lane's End.