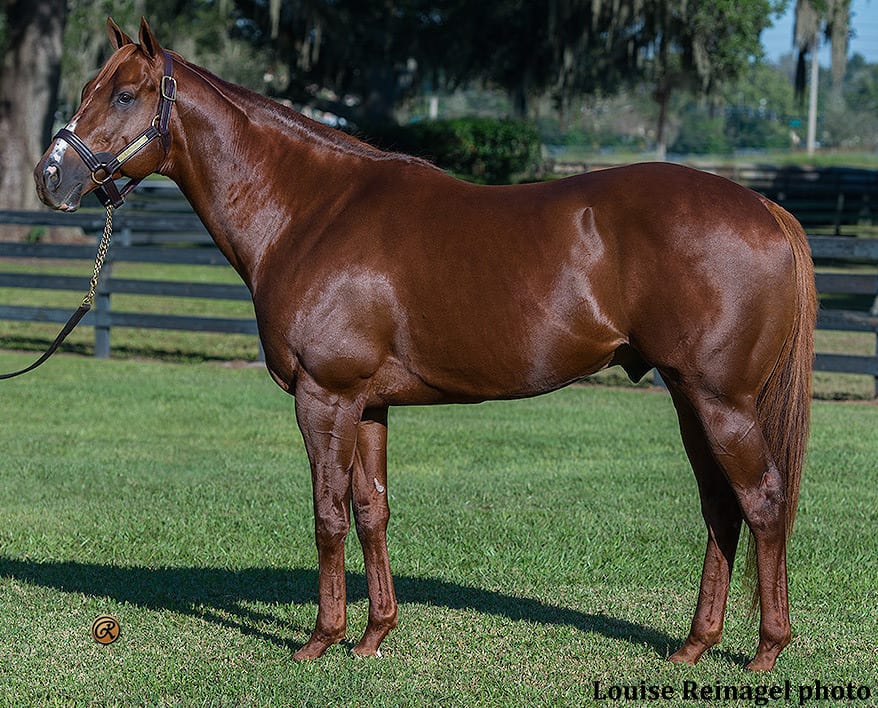 Hip No. 364, Libellule, consigned by de Meric Sales, Agent, breezed a quarter in :20 4/5 to post the fastest work at the distance at the second session of the Under Tack Show for the Ocala Breeders' Sales Company's 2017 March Sale of Two Year Olds in Training. The gray or roan filly by Kantharos is out of Barbarella, by Cutlass Fax, a daughter of stakes winner Beneficial Bartok. The session began more than an hour late due to heavy fog in the Ocala area. Once underway, the horses encountered a persistent headwind that increased throughout the day.

A trio of youngsters shared honors for the session's fastest eighth, stopping the timer in :9 4/5.

Current information about OBS sales, consignors and graduates is now also available via social media sites Facebook and Twitter. A link on the homepage directs users to either site.

Sales results will be available on the OBS website, updated hourly during each session of the March Sale. In addition, the latest news regarding OBS graduates, sales schedules, nominations, credit requests, travel information and other news relevant to OBS consignors and customers is also available. E-mail should be addressed to [email protected]