Justify To Stand For $150,000 In First Season At Coolmore 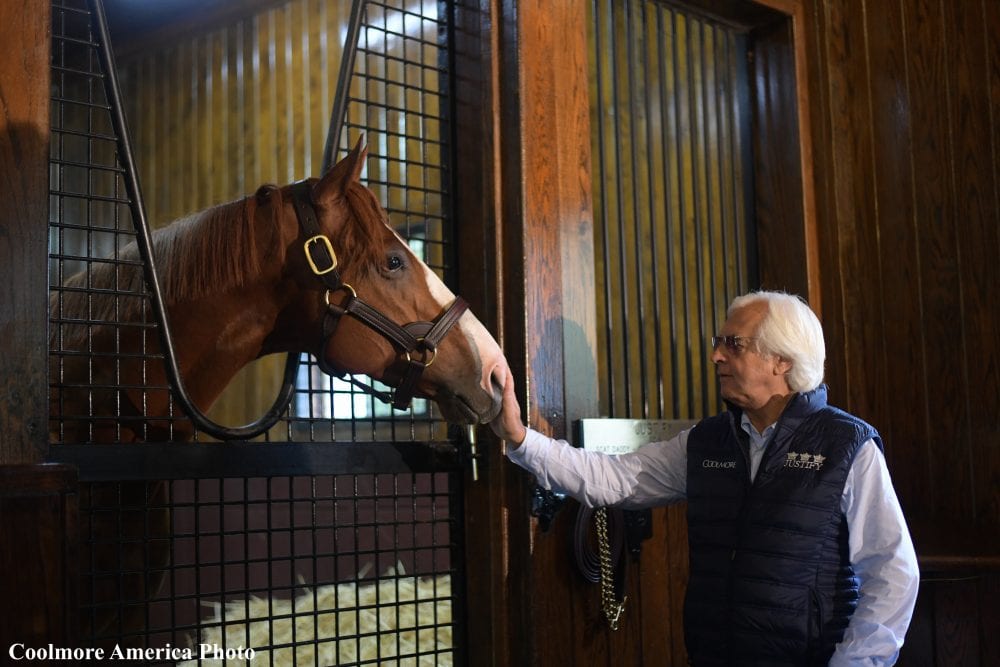 Justify, winner of the 2018 Triple Crown, will debut at stud for an advertised fee of $150,000 during the 2019 breeding season, leading the projected 17-horse stallion roster at Coolmore's Ashford Stud in Versailles, Ky.

The 3-year-old son of Scat Daddy arrived at Ashford Stud on Sept. 17 after initially being retired in July and residing at WinStar Farm until the stud deal with Coolmore was formally announced. He is the second Triple Crown winner to be retired to Ashford Stud in the last three years, following 2015 Horse of the Year American Pharoah, who debuted for the 2016 breeding season for an advertised fee of $200,000.

Other new additions to the Coolmore roster include Grade 1 Hollywood Derby winner Mo Town (Uncle Mo), who will stand for $12,500, and Breeders' Cup and UAE Derby winner Mendelssohn (Scat Daddy), the half brother to red-hot Into Mischief and Beholder, whose fee has yet to be determined. The latter, trained by Aidan O'Brien, is set on a track for this year's Breeders' Cup Classic at Churchill Downs.

The official fees are as follows: