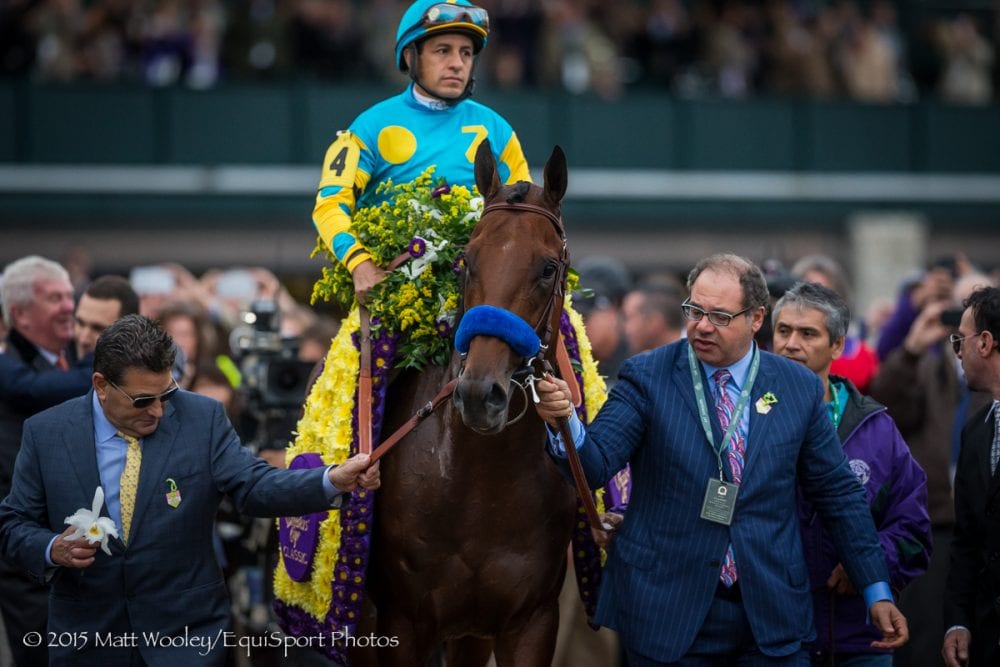 American Pharoah began showing glimpses of his ability early, long before he reached the racetrack. In his latest column for the New York Times, Joe Drape profiles J.B. and Kevin McKathan, the brothers who put young colt by Pioneerof The Nile through his early training at their Florida facility. The column is an excerpt from Drape's upcoming book, American Pharoah: The Untold Story of the Triple Crown Winner's Legendary Rise.

“His mind was just so far advanced than anything I had ever seen,” Kevin McKathan recalled. “It was like he was in a hurry to learn his lessons. It was clear early that he was the best horse on the farm.”