Full Brother To World Of Trouble Debuts Wednesday At Saratoga 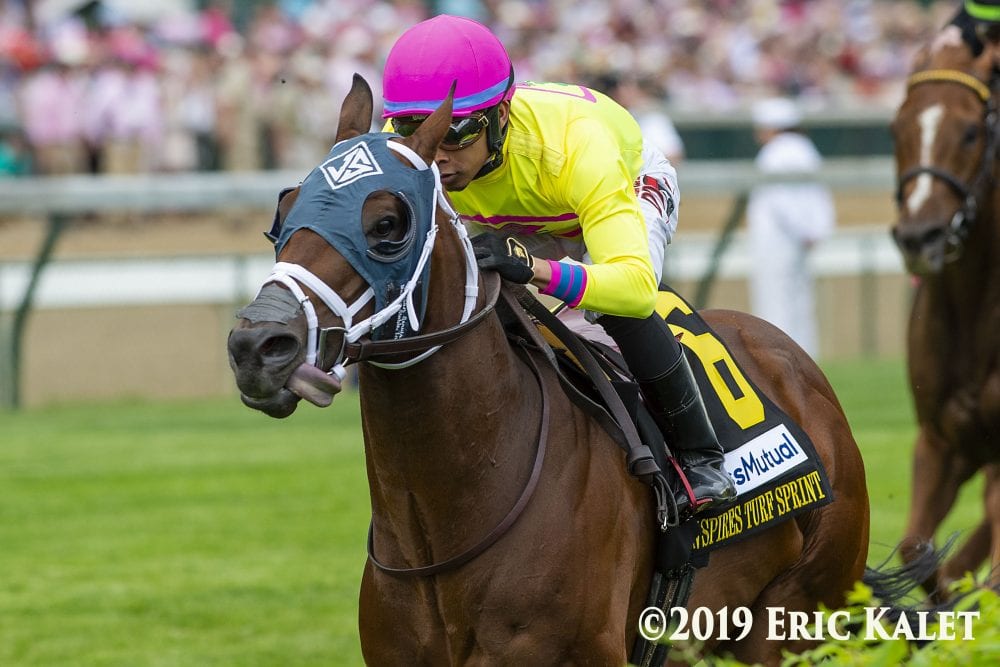 Trainer Wesley Ward will saddle a full-brother to multiple Grade 1-winner World of Trouble in Alfie Solomons, who makes his career debut over the Mellon turf course in Wednesday afternoon's sixth race at Saratoga.

The Florida-bred chestnut is by Kantharos out of the Valid Expectations broodmare Meets Expectations and was purchased for $285,000 from last year's Keeneland September Yearling Sale. He is owned by Andrew Farm and For the People Racing.

“He's a beautiful horse, but mentally he's like a young football player that's eager to go,” Ward said. “He mentally hasn't come around yet, but his last work on grass was his best, so we decided to let him roll. I think he likes the grass better. The whole thing with him is to get his mind settled to where he doesn't go too fast the first part.”

Named after a fictional character from the show Peaky Blinders, Alfie Solomons worked a half-mile over the Saratoga turf on July 19, completing four furlongs in 48.60 seconds.

Trainer Graham Motion will send out a pair of homebred debuters in the event, including Irish Mias for owner Isabelle de Tomaso.

The New Jersey-bred chestnut colt is by Sky Mesa out of the Even the Score broodmare Irish Score, who is a half-sister to Grade 1 winning millionaire Irish War Cry. Other prominent members of the family include graded stakes winner on turf Irish Strait and Regally Irish, who is a half-brother to Irish Mias.

Motion also will be represented by Close Shave for owner Alex Campbell, Jr. The gray or roan son of Uncle Mo is out of the Unbridled's Song broodmare Awesome Ashley, who was a three-time stakes winner over the main track at Aqueduct. His granddam was two-time Grade 1 winner Queens Court Queen who is a half-sister to Grade 1 winning millionaire Mr. Purple.

Close Shave will be ridden by Hall of Fame jockey John Velazquez from post 6.
Hall of Famer D. Wayne Lukas will saddle first time starter Shackleford's Joy for owner Les Wagner. The son of multiple Grade 1 winner Shackleford is out of the Kitten's Joy broodmare Kittenkittenkitten, who is a full-sister to graded stakes winner on turf Charming Kitten as well as graded stakes placed and multiple stakes winner Queen'splatekitten. Luis Reyes will guide the chestnut colt from post 9.