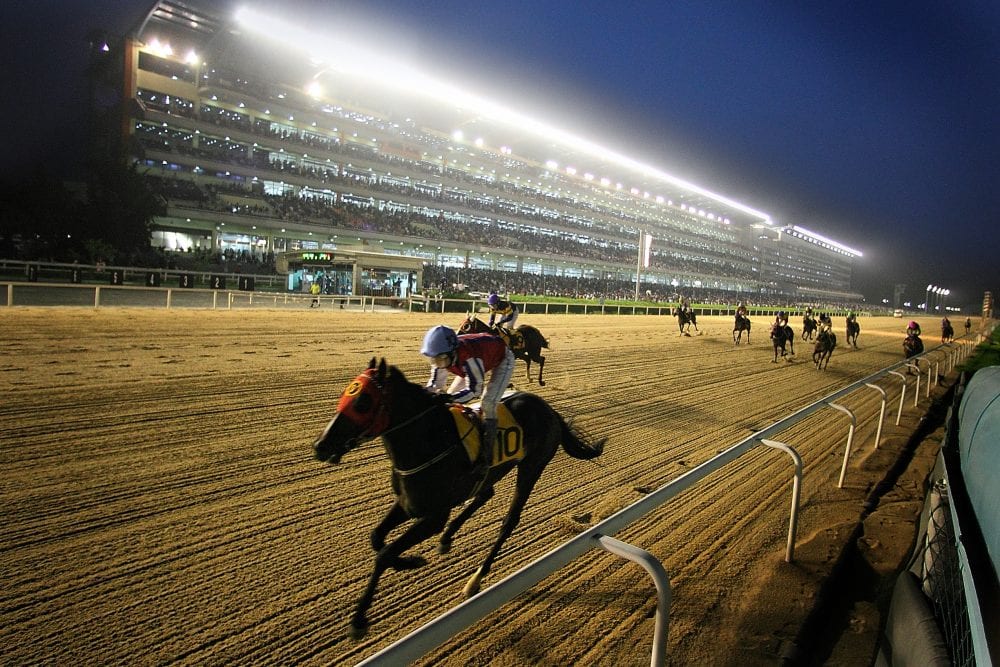 U.S. racing fans could enjoy South Korean racing for the first time last Saturday when races from the LetsRun Park Busan–Gyeongnam track premiered in North America. Even better for domestic bettors, all races were won by U.S.-sired Thoroughbreds. In total, there were eleven races broadcast by Sky Racing World live into North America from the racecourse in Busan, South Korea's second city. All eleven winners had a U.S. connection.

The first winner of the night was Yeonghui Sidae, the 2-year old filly sired by the 2011 Breeders' Cup Juvenile and 2011 Kentucky Cup Juvenile winner Hansen. Later in the night, three-year-old mare Bijangui Mugi and three-year-old colt Chodong Sky won Race 6 and Race 8 respectively. Both winning horses were sired by the Kentucky-bred Ecton Park, winner of the 1999 Grade 1 Super Derby at Louisiana Downs and the Grade 2 Jim Dandy at Saratoga the same year. The retired 21-year-old's progeny made him the top stallion of a night with a distinctly American pedigree.

All the winners at Busan last Saturday had an American sire, while almost all also had a dam from the USA. The full winners' list with their pedigree is below:


It is not surprising to see such a large representation of US-sired horses in the winner's circle, as the top ten leading sires by prize money for South Korea in 2016 were all bred in the United States. For the fifth year running, Menifee, who placed in the 1999 Kentucky Derby and Preakness Stakes before being shipped to South Korea in 2006, claimed the 'Leading General Sire in Korea' title. The next best sires, all from the US, were the Kentucky-bred Forest Camp , the aforementioned Ecton Park,  the now-deceased Vicar, and 2004 New Orleans Handicap winner Peace Rules. Colors Flying, Officer, Didyme, Sharp Humor, and Exploit also made the list last year.

David Haslett, president and CEO of Sky Racing World, said: “US breeders understand the size and potential of the Korean horse-racing industry. Now that wagering is available in the States, it won't be long before smart handicappers in North America get involved too. The quality of horse is obviously there, the fields are big and they race on sand surfaces similar to the North American dirt.”

The South Korean racing schedule will continue weekly through August before reaching its summer climax on Saturday, Sept. 9th with the second annual G1 Keeneland Korea Cup. This 3-year-olds-and- up race with a purse of one billion KRW ($877,000) runs over 1 1/8 miles at LetsRun Park Seoul. The day also features the G1 Keeneland Sprint, a 700 million KRW ($614,000) race for 3-year-olds and up over 6f.