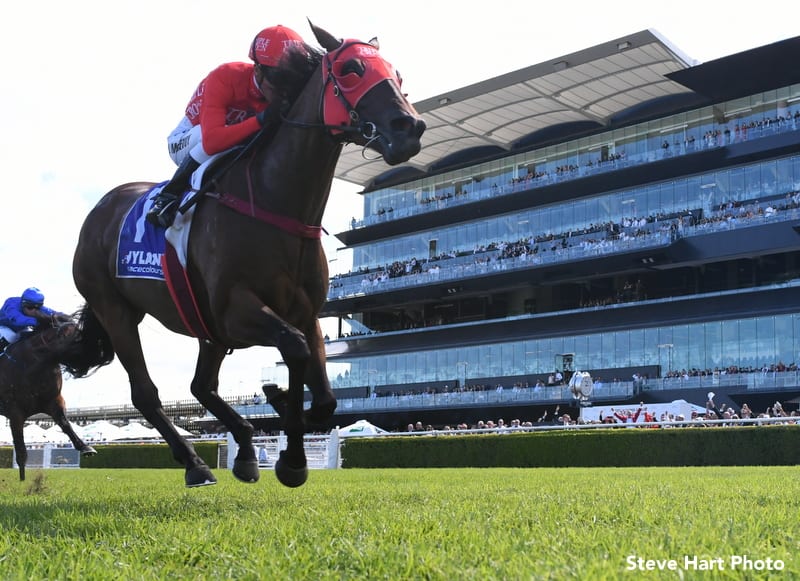 The grand finals of Australian racing, The Championships dominate the international racing calendar the next two weekends at Sydney's Royal Randwick racecourse. The stars of the turf will be on show, including champion mare Winx, who is looking to extend her world record-breaking G1 run next weekend in Day 2. The first day of The Championships this weekend will see top international sprinter Redzel going for glory in the G1 Darley TJ Smith Stakes, while Kementari and Happy Clapper battle it out in the G1 Star Doncaster Mile, the world's richest mile handicap.

The previous three editions of the Stakes were won by Chautauqua. The 'Grey Flash' was ruled out of Australia's premier sprint this year, though, after refusing to trial and could hand over his undefended title to Redzel.

Redzel, the winner of the inaugural $10 million AUD ($7.7 million) Everest last October, when he saw off not only Chautauqua but also Vega Magic, has given the clearest indication that he is fit and ready for the TJ Smith after a speedy final 3-furlong workout last week. Co-trainer Peter Snowden teased what to expect from Redzel at Randwick this weekend. “He has a great action and really does cover the ground well,” says the trainer. “He makes hard work look very easy.”

Redzel, who finished in the top two in his past 11 starts, will go into barrier 6 as the TJ Smith favorite at 3/2. The Ben Smith-trained In Her Time is also eyeing the winner's circle from barrier 3 and is Redzel's biggest rival at 3/1 thanks to a brilliant first-up win in the G1 The Galaxy last month. G1 Futurity Stakes-winner Brave Smash, out from gate 2, rounds out the top three at 6/1.

Trainers James Cummings and Patrick Webster are looking ahead with confidence to the $3 million Star Doncaster Mile, slated for 4:30 p.m. Sydney time this Saturday, April 7th (2:30 a.m. EDT, or 11:30 p.m. PDT on Friday, April 6th). Their charge Kementari, the world's 7th best racehorse according to Longines, is favorite (5/2 odds) followed by another of their horses of international renown, Happy Clapper (4/1), ranked 4th globally. Both will be running with a little less pressure in the absence of super mare Winx, who won the race spectacularly in 2016.

The two horses also have excellent draws for race, with Kementari nabbing barrier two and Happy Clapper one. “We drew two last year [for Happy Clapper] and finished second, so from one this time we should be winning,” says Webster of his horse's third attempt to win the richest international mile handicap.

The top two Doncaster favorites capped the recent George Ryder Stakes as place-getters – with Happy Clapper second and Kementari third behind Winx last start – but have been in a league of their own beyond that race. Happy Clapper claimed the G1 Canterbury Stakes with a record-setting 1 min. 14.25 seconds, while Kementari remains undefeated at Randwick with three Group wins to his name.

Darren Weir's Humidor (7/1), fresh from a G2 Blamey Stakes win in March, is also in for a good run after being allotted a perfect barrier four. His tough second behind Winx in the G1 Cox Plate last October should also not be forgotten.

The rest of Day 1 of the Championships will focus primarily on two G1 races, the $2 million AUD ($1.5 million) ATC Australian Derby and the $1 million AUD ($769 000) ATC Sires Produce Stakes.

The I Am Invincible-sired filly Oohood's second-place finish behind Estijaab in the Slipper last month has placed her firmly at the top of the betting market, with odds of 27/10 to break her maiden in Sydney. However, Seabrook, fifth in the Slipper and first in the G2 Embrace Stakes, is hot on Oohood's heels and the bookies have given the Caulfield-based filly a 4/1 chance of finishing top of the charts.

Following the Stakes, the Australian Derby gets underway at 3:10 p.m. Sydney time (1:10 a.m. EDT, or 10:10 p.m. PDT on Friday, April 6th). The race is the premier event for three-year-olds in Australia. This year's edition sees the High Chaparral-sired Ace High (odds of 4/1), Furore (6/1), sired by Pierro, and the Roc de Cambes-sired Vince de Dance (8/1), starting as the top three to back and will all jump from ideal barriers.

To celebrate Day 1 and Day 2 of the Championships, Sky Racing World is hosting a free tournament on April 6th and 13th, offering a free VIP trip to Australia and the Everest at Royal Randwick in October 2018 to the top finisher.

North American fans can watch TVG's live broadcast with expert commentary from Mike Joyce and Jason Witham for a front seat at the Randwick races. They can also watch The Championships unfold online at ADWs such as TVG, TwinSpires, Xpressbet, NYRA Bets, WatchandWager, HPIbet, AmWager, and BetAmerica. Free expert picks and past performances available on Sky Racing World.