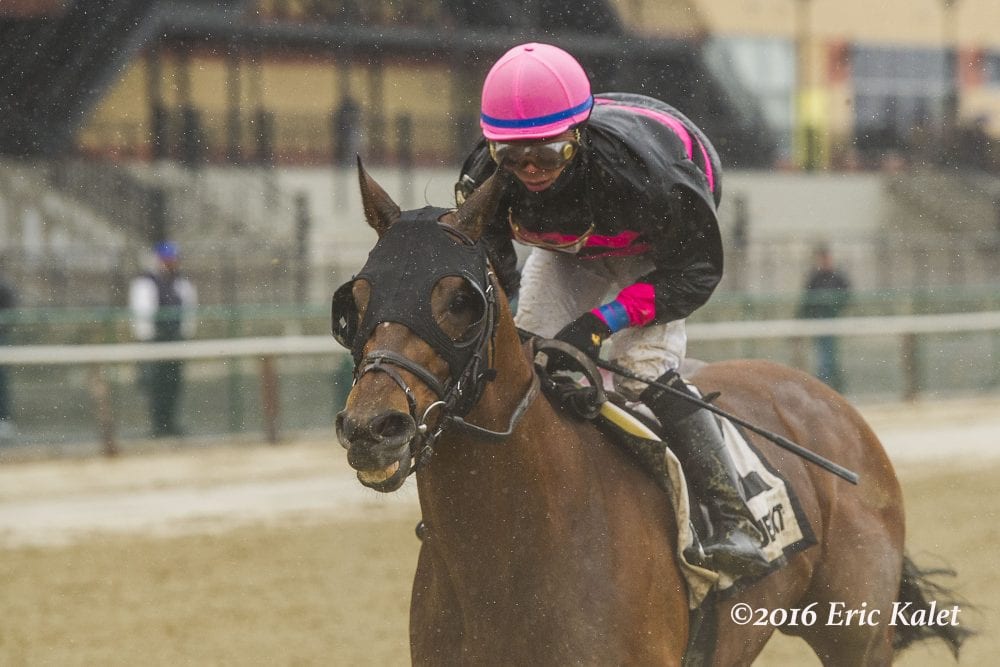 During Sunday's second race at Aqueduct, 6-year-old Kid Cruz was pulled up in the lane by jockey Cornelio Velasquez. The son of Lemon Drop Kid was vanned off, and back at the barn it was discovered that he had bowed the tendon in his left front leg, according to drf.com.

Black Swan Stable's John Destefano, who owns Kid Cruz with Vina Del Mar Thoroughbreds, got in touch with Kid Cruz's breeder after the race. Carrie Brogden, of Kentucky's Machmer Hall, immediately agreed to bring the horse back to her farm in order to begin his retirement from racing. Destefano added that Kid Cruz would be gelded before making the trip, and that he hoped the horse could be retrained for a second career.

A claim had been dropped on Kiz Cruz for the $40,000 tag in Sunday's race by trainer Naipaul Chatterpaul, but when the horse was vanned off the trainer had the option to void the claim. The claim was voided.

Over the course of his racing career, Kid Cruz compiled a record of seven wins, five seconds and three thirds for earnings of $792,985. He was purchased for $80,000 at the Keeneland September Yearling sale by Black Swan Stable, and began his career with trainer Bill Mott. Claimed in his second start for $50,000 by Vina Del Mar Thoroughbreds, Kid Cruz moved to the barn of trainer Linda Rice. Black Swan eventually bought back into the horse, who would go on to win the G3 Excelsior Stakes, the G3 Dwyer Stakes, and an additional three listed stakes races.

@craigbrogden@rstanzel just got call, Kid Cruz is coming home!!! he has a tendon but will be fine. gelding, vacation and 2nd career next!