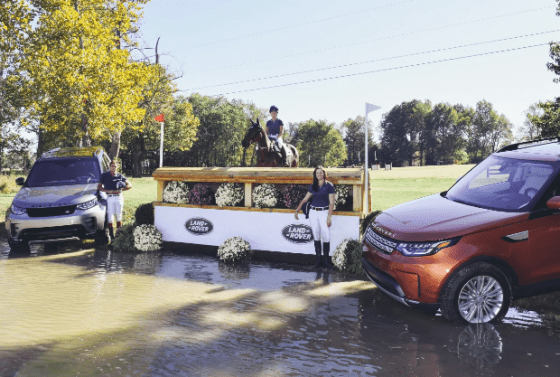 Now in its 41st year, the LRK3DE is a thrilling competition featuring Olympic-level riders and horses from across the nation and around the world in what can best be described as an equestrian triathlon. Since 1998, the event has been a Four Star event – the pinnacle of the FEI's system and on par with the Olympics – one of only six annual Four Star three-day events in the world, and the only one in the Western Hemisphere.

LRK3DE will now be one of only six annual Five Star three-day events in the world along with Badminton and Burghley in England; Luhmuhlen in Germany; Pau in France; and Adelaide in Australia. LRK3DE remains the only one in the Western Hemisphere.

“It's an honor to be recognized by the FEI as one of the world's elite events with the new Five Star status,” said Stewart Perry, president of Equestrian Events, Inc. (EEI), organizer of the Land Rover Kentucky Three-Day Event. “It solidifies our longstanding position as one of the world's leading equestrian events. A distinction we work hard to deliver on every year.”

“Since 2010, when the Land Rover brand's involvement with the Kentucky Three-Day event began, we have been committed to helping raise the quality, participation and reputation of this event,” said Kim McCullough, Vice President, Marketing, Jaguar Land Rover North America, LLC. “We are proud to be a partner of the Land Rover Kentucky Three-Day Event and congratulate them on the new five star status.”

Known as “The Best Weekend All Year,” the Land Rover Kentucky Three-Day Event is a multi-day highly-competitive event in which the world's best horses and riders vie for their share of $400,000 in prize money, as well as a shot at the $350,000 Rolex Grand Slam of Eventing, which is awarded to any rider who wins the Land Rover Kentucky, Mitsubishi Motors Badminton and Land Rover Burghley Five Star Events in succession. As the nation's premier event, it also serves as the Land Rover/USEF National CCI5*-L Championship for the American riders.